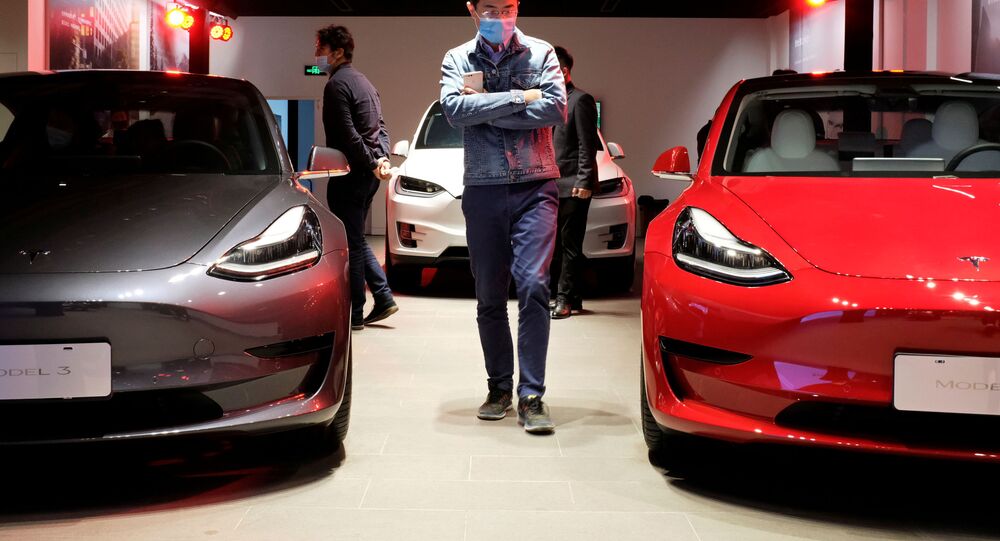 MOSCOW (Sputnik) - Tesla has apologised for withdrawing over 285,000 of its famous electric cars in China over possible issues with the cruise control system.

"We apologise for any inconvenience this may cause to our car owners. In the meantime, Tesla will strictly follow national regulations and keep improving our safety protection, adamantly providing an excellent and safe driving experience to our customers", the automaker said on Weibo on Saturday, as quoted by CNN.

The company had to recall 35,665 imported Model 3 cars and 249,855 Model 3 and Model Y cars manufactured in its Shanghai factory, according to the report.

The customers who had already received their vehicles do not reportedly need to return them but will be receiving a free software update which will help solve the issue. Tesla was cited as vowing to constantly update and improve its products in lieu with China's safety regulations.

China's State Administration for Market Regulation said that the faulty cruise control feature was activated when gears were shifted or touched which led to speed acceleration. This, in turn, could lead to unwanted accidents.

Earlier in June, Tesla recalled over 700 Model 3 vehicles due to seat belt issues and a few other quality problems.