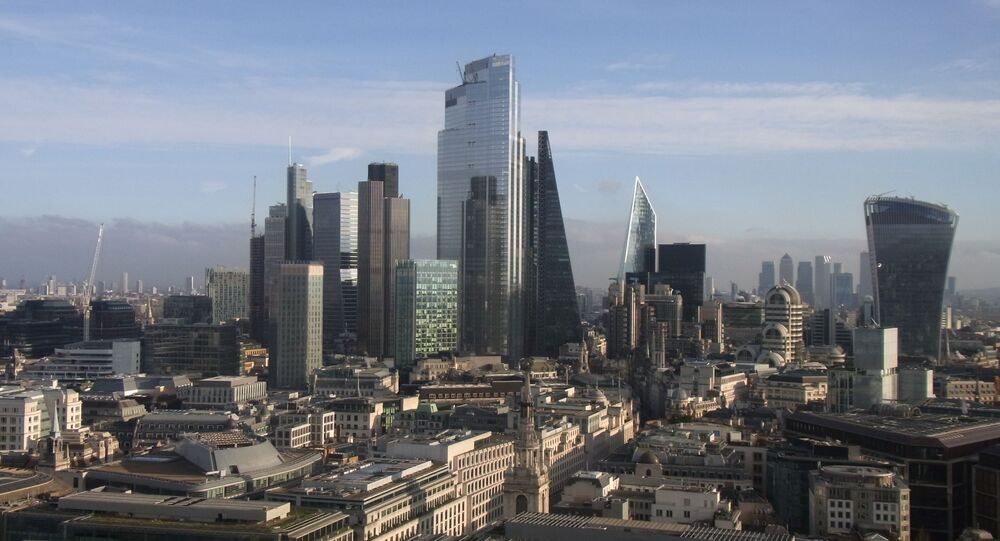 Rishi Sunak, the UK's finance minister, has presented his budget for 2021, which contained both tax cuts and spending cuts in order to assist the ailing economy. But it fails to address the historic decline in productivity and wages, economist Michael Roberts tells Sputnik.

Michael Roberts is a long-time City of London economist who has worked with investment research firms in the UK for over 30 years, and authored The Great Recession: Profit cycles, economic crisis and The Long Depression: Marxism and the Global Crisis of Capitalism.

Roberts reviewed UK Chancellor Rishi Sunak’s budget, and told Sputnik that whilst it does have strengths – such as extending COVID support for businesses and workers – it nonetheless lacks any long-term plan to address the slowest rate of productivity growth of the entire G7 and the largest contraction in annual output in 300 years.

Sputnik: Can you break down the basics in respect of the budget presented by the UK’s Chancellor of the Exchequer?

Michael Roberts: There are two aspects to the budget.

First, the short-term decision to continue and extend the COVID aid programme beyond March to September. The government was hoping to see the pandemic over by the spring, but in the budget it has recognised that it won’t be over until the autumn.

This will cost yet more [in] government [spending], taking the total on COVID to over £350bn, or 15 percent of annual GDP - unprecedented and double anything during the global financial crash of 2008-9. But everything depends on the vaccination rollout achieving a fast drop in infections and deaths and the full opening up of the economy by the autumn.

© CC BY-SA 4.0 / QuintusPetillius
10% of UK SMEs Going Bust May Be ‘Just The Start’, Warns City of London Economist
Second, there is the long-term plan for the economy. The aim is to boost productivity and investment with tax deductions for companies and some expansion of public investment particularly aimed at the regions. But it seems that [Chancellor Rishi] Sunak is still planning to stabilise public finances by the end of this parliament through tax rises and spending cuts.

Sputnik: What do you think the greatest strengths of Rishi Sunak's budget are?

Michael Roberts: The most important strength was not to reduce COVID spending too soon and so avoid fiscal austerity measures in the short-term, in contrast to what happened after the end of the Great Recession in 2009. But the question of huge annual budget deficits and a post-war record high public debt has been pushed down the road.

Sputnik: Where do you think the Chancellor's budget is lacking?

Michael Roberts: First, most of Sunak's stimulus measures are short-term and also not directed to those who have suffered the most in the pandemic. Many self-employed are at risk of bankruptcy; while those working poor relying on universal credit still face a sharp reduction in September.

© Photo : Mohamed Elmaazi
‘Red Flag’ of Mounting Debts for UK SMEs Amid COVID-19 Lockdown, Accountancy Experts Warn
And although the NHS wage settlement is not directly part of the budget, the government decision to recommend a below-inflation pay rise is hardly conducive to support those fighting the pandemic.

And the government is still aiming to cap public investment at just 2.5 percent of GDP a year, pretty low by international standards. That will limit the boost to overall investment in the economy.

Sputnik: The Chancellor has announced the freezing of taxes. Isn't that a good thing?

Michael Roberts: Well, there are no central tax rises for another year and that will help households and businesses, but the lack of extra support for local government, which has seen up to 40 percent real grant cuts since 2020, means that most councils will be hiking their tax rates by up to 5 percent.

And from next year, income tax thresholds will be frozen, which means another million wage workers will start paying some tax. [For example,] if you earn approximately up to 12,500 a year you pay no income tax. Normally, they increase the threshold, so if you get a pay rise in line with inflation, then you will go above the 12,500 threshold and you will start paying tax. That hits upper income tax band more. And from 2023, there will be a sharp rise in the corporate tax rate for larger firms.

Sputnik: Some have observed that there is little in the way of support for the NHS, with Labour claiming there has been at least £9 billion cut from the NHS and £30.1bn cut from the Department for Health and Social Care. How does it make sense to be cutting so much from healthcare?

Michael Roberts: Health systems everywhere have not expanded sufficiently to meet the needs of ageing populations, and the UK government is no exception. The reason governments don't do enough is because health spending is seen as a bottomless pit. In the case of UK health spending, the aim is to keep public spending down, and instead outsource and privatise sections of the NHS to save money.

Sputnik: What kinds of policies would you advise the Chancellor to adopt, if you had his ear?

Michael Roberts: The UK economy has the slowest rate of productivity growth in the G7. Average real wages since 2010 have suffered the longest squeeze in 200 years! The UK investment and R&D spend is also the lowest in the G7. [Furthermore, the] contraction in annual output in 2020 is the largest it’s been in 300 years.

It's clear that public investment in communications, transport, technologies, green energy and other environmental sectors must be expanded if the UK is to catch up with its trading rivals, post Brexit. Britain's corporate sector will not do enough.

The lesson of the pandemic is that the UK has great research and scientific muscle (mainly based in its publicly funded sectors); but it needs public investment to develop innovations and not let other countries privatise and market UK research success.

Governments Must 'Not Rely on Private Sector to Engender Recovery', City of London Economist Argues