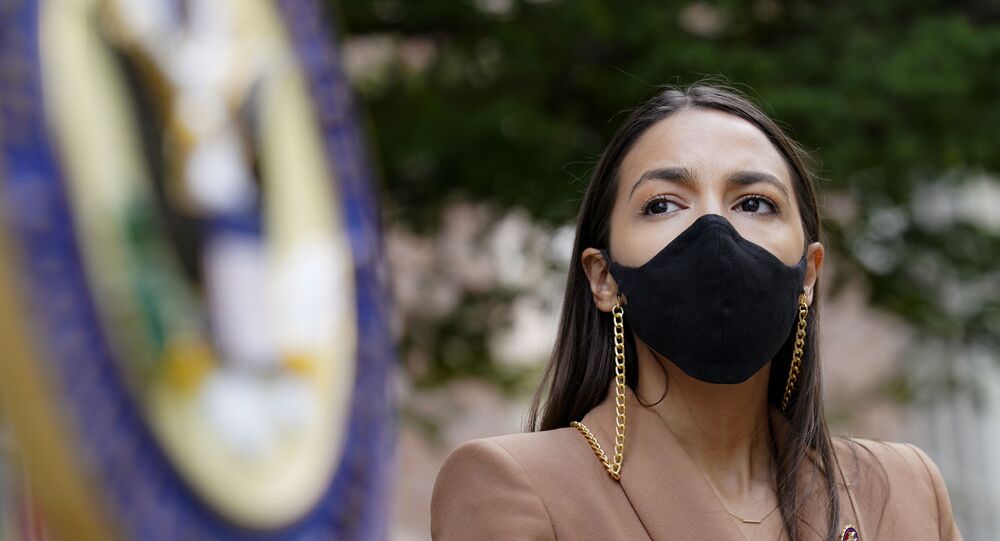 The small-time traders who have scored it big using no-fee stock trading apps have described the life-changing nature of their financial windfalls on the Reddit messaging board, including affording expensive surgeries and medical treatments. Their success is being seen as a victory for “the little guy.”

After stock trading apps and brokerage firms began refusing to allow users to buy new stock in GameStop and several other stocks on Thursday, Congressional Democrats demanded an investigation. The small-time stocks are booming after amateur traders on an internet forum banded together and bought en masse.

GameStop’s stock value continued to skyrocketed on Thursday, briefly reaching more than $500 a share in premarket trading after having closed at $347.51 on Wednesday. However, those values began to plummet precipitously after numerous trading venues began restricting users’ ability to buy a bigger stake. Some continued to allow owners to sell, though.

No-fee trading apps like Robinhood, Interactive Brokers, and Webull announced Thursday morning they were limiting some features on their platforms.

“We continuously monitor the markets and make changes where necessary. In light of recent volatility, we are restricting transactions for certain securities to position closing only … We also raised margin requirements for certain securities,” a blog post by the firm reads. Some of the stocks blocked from being purchased are Nokia, AMC, Bed, Bath & Beyond, Express, Koss, Naked Brand Group, and of course, GameStop.

According to Motherboard, more than half of all of Robinhood’s users own at least some stock in the brick-and-mortar video game shop chain.

Other brokerage firms, such as TD Ameritrade and Charles Schwab, have also placed trading limits on GameStop’s stock. The New York Stock Exchange briefly paused trading in GameStop and AMC when their values jumped just after the opening bell on Thursday.

In response, several Democratic lawmakers have called for an inquiry into the restrictions, which seem to be extremely one-sided as they affect amateur traders but not the hedge fund managers who have been on the losing side of the debacle.

Rep. Alexandria Ocasio-Cortez (D-NY), a member of the House Financial Services Committee, led the charge on Thursday, tweeting that “we need to know more” about Robinhood’s “decision to block retail investors from purchasing stock while hedge funds are freely able to trade the stock as they see fit.”

“This is a serious matter. Committee investigators should examine any retail services freezing stock purchases in the course of potential investigations - especially those allowing sales, but freezing purchases,” she added. Her demand was joined by Rep. Rashida Tlaib (D-MI).

This is beyond absurd. @FSCDems need to have a hearing on Robinhood's market manipulation. They're blocking the ability to trade to protect Wall St. hedge funds, stealing millions of dollars from their users to protect people who've used the stock market as a casino for decades. https://t.co/CGkJxVfzkv

​During a Thursday morning press conference, House Speaker Nancy Pelosi (D-CA) said "we'll all be reviewing it” in response to a question about the GameStop affair, noting the Biden administration was doing so as well.

In a strange coincidence, staunchly conservative Sen. Ted Cruz (D-TX) said he agreed with Ocasio-Cortez, a self-described democratic socialist. Their agreement recalls a past moment of unity in 2017, when they briefly worked together to limit the ability of former congress members to lobby after leaving office and to give women easier access to birth control.

​On Wednesday, Sen. Elizabeth Warren (D-MA), also called for increased regulation of the stock market to ensure a fairer playing field. A decade ago, in the wake of the 2008 stock market crash, Warren led the drive to create the Consumer Financial Protection Bureau. Other regulators, such as Massachusetts Secretary of the Commonwealth William Galvin, have also called for action that might include a pause of 10 to 30 days on trading GameStop’s stock and possibly even an investigation by the Securities and Exchange Commission.

CNBC reported Thursday afternoon that one Robinhood user had filed a class action lawsuit against the company in the US District Court for the Southern District of New York, claiming Robinhood stopped users from trading in GameStop’s stock “purposefully and knowingly to manipulate the market for the benefit of people and financial intuitions who were not Robinhood’s customers.”

“Robinhood’s mission is to ‘democratize finance for all.’ They have failed,”  Alexander Cabeceiras, a lawyer for the plaintiff, told CNBC. “They have purposefully failed this mission and failed their clients in an attempt to - what appears to be - appease their investors and/or potential investors.” He indicated that “hundreds” of users have already reached out to be added to the complaint.

It was reported that the boom is being driven by a group of online amateur traders who coordinate their purchases of flagging stocks on the WallStreetBets subreddit on the Reddit message board site using no-fee stock trading apps like Robinhood and Interactive Brokers, which allow them to circumvent professional brokers who would insist on a cut for themselves.

Earlier this month, GameStop became the battlefield between these small-time traders and professional investors looking to short-sell GameStop’s stock, effectively betting huge amounts of money that its value would soon decline and even making social media posts attempting to convince traders it was inevitable.

Instead, GameStop’s value has shot up from $19.95 a share two weeks ago to $215.04 at the time this story went to publication, having hit more than double that price before restrictions began.

The boom has afforded major financial windfalls to the many small-time investors on WallStreetBets, who have flooded the message board in recent days with stories of being able to afford medical procedures and other necessities of life. Many said they invested the $600 stimulus checks distributed several weeks ago, noting it hadn’t been enough to bail them out like they needed.

However, the hedge funds that intended to short-sell on GameStop’s stock have lost big, with Melvin Capital losing $3.75 billion before closing its position on the company and Citron Research walking away with almost no gain.

Comments on the message board on Thursday focused on ensuring the amateur investors kept their nerve as stock prices began to fall, with posts urging “don’t be scared” and “hold the line,” the latter of which began trending on Twitter.