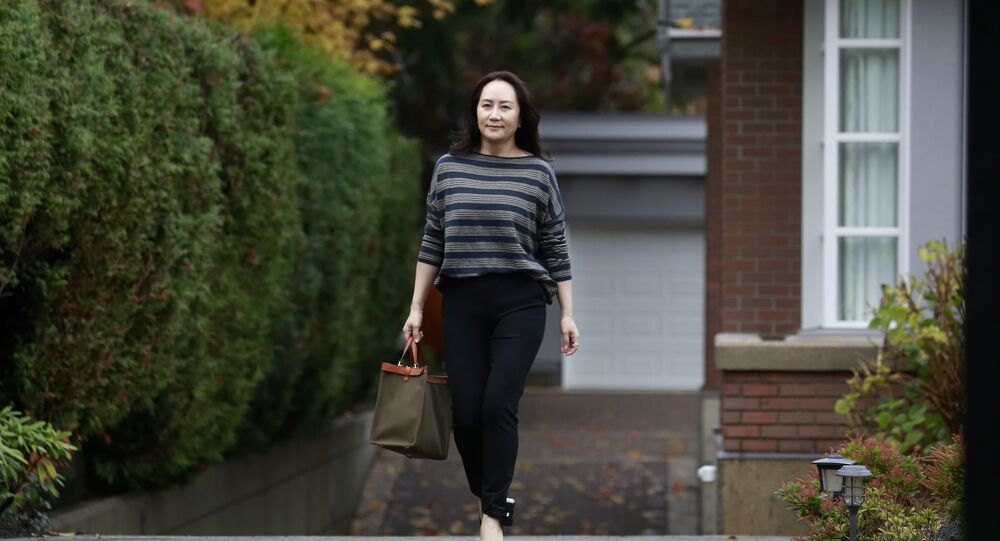 Huawei Technologies chief financial officer Meng Wanzhou has been detained by Canadian authorities for over two years on alleged corruption issues, the company said in a statement seen by Sputnik on Tuesday.

Meng, a mother of four and daughter to company founder Ren Zhengfei was detained at Vancouver Airport on 1 December 2018.

© REUTERS / Jennifer Gauthier
Judge Denies Canadian Government Motion to Dismiss Part of Meng's Arguments
According to the Chinese tech giant, she was interrogated for three hours in English, her second language, while denied explanation or access to lawyers, violating the Canadian Charter of Rights and Freedoms.

Meng has sharply and repeatedly denied the charges of banking fraud, and her legal team argues her constitutional rights were violated by Canadian officials after they seized her personal electronic devices.

According to the legal team, the actions are a "serious abuse of process by Canadian officials to obtain information".

“Today Huawei CFO Meng Wanzhou enters her third year fighting extradition to the US. Huawei remains confident in Ms Meng’s innocence and trusts the Canadian judicial system to reach that conclusion. Huawei will continue to support Ms Meng’s pursuit of justice and freedom,” her legal team in Canada said in a statement.

The news comes after the US Department of Justice (DoJ) accused the exec of allegedly violating US sanctions and misleading multinational bank HSBC to approve over $100m in transactions with Iranian firms placed on a US Entity List.

The arrest of the high-level exec has soured relations between Ottowa and Beijing, leading to skyrocketing tensions amid the detention of former diplomat Michael Kovrig and businessman Michael Spavo, Canadian officials said.

The reportedly politicised event comes amid Washington's ongoing US trade war against China, who blacklisted Huawei along with ZTE, SMIC and over 70 Chinese tech firms, citing security concerns. US officials also designated the Chinese tech giant as a national security risk, citing alleged ties to the Chinese Communist Party and military, without citing evidence.

Huawei and Beijing have repeatedly and strongly denied the former's technologies are a security risk or can be used to spy for the Chinese government.