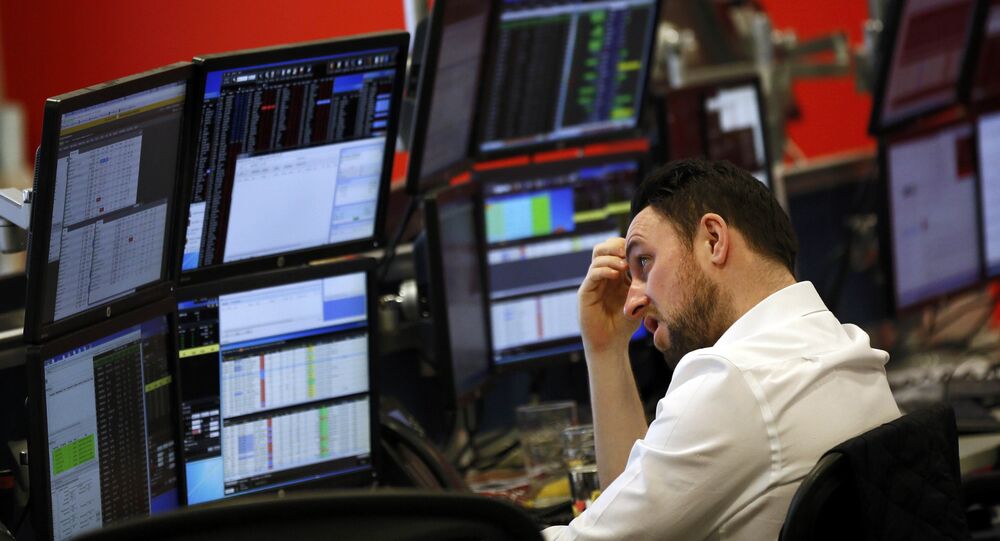 Earlier in the month, positive vaccine-related developments buoyed British stocks somewhat, yet the latter still under-performed on market jitters over soaring coronavirus cases, new ‘lockdown tiers’ and stalled Brexit negotiations ahead of a year-end deadline for a trade deal between the UK and the European Union.

Friday witnessed a dark cloud over equities, as slipping London stocks seemed on course for their first weekly loss of the month, driven by concerns over soaring coronavirus cases, doubts over vaccine solutions and Brexit ‘blues’.

The blue-chip FTSE 100 index was down 0.6 percent, reported Reuters.

The Mid-cap FTSE 250 showed a loss of 0.3 percent, as domestically-oriented companys' share values reflected a decline in travel, leisure, aero and energy stocks.

On the mid-cap index, retail banker Virgin Money UK was dropping for a second straight day after reporting a 77 per cent decline in its annual profit.

​Virgin Money UK shares were subsequently downgraded by analysts at Citigroup and Peel Hunt on Friday.

Citi and Peel Hunt both removed their previous ‘buy’ recommendations, opting for ‘neutral’ and ‘add’ respectively.

The developments on the jittery markets were a reflection of a spate of factors driving investors’ sentiments.

As the UK continues to struggle with a soaring number of coronavirus cases, which prompted a month-long lockdown that affected economic activity, reports of a new, tougher, three-tier alert level system set to be introduced following the lockdown across the country have done the market no favours.

“Companies have been waiting eagerly for the moment when the England-wide lockdown comes to an end, yet the shift to a revamped tier system isn’t the great reopening of the economy as far as many leisure companies are concerned,” AJ Bell investment director Russ Mould was cited as saying by Proactive Investors.

“The FTSE 250 was always going to be more sensitive to developments with business and society restrictions as it has a greater amount of UK-focused companies than the FTSE 100. The mid-cap index is on track to finish the week 1% lower, at 19,506. However, the more international-focused FTSE 100 has also gone nowhere, flat on the week at 6,325.”

Markets were also reverberating over vaccine concerns, as a Bloomberg report said AstraZeneca Plc was likely to run an additional global trial to assess the efficacy of its COVID-19 vaccine. The prospective trial would resort to a lower dosage, as issues were raised over the results of its late-stage study. The news drove the company’s shares down 0.7 per cent.

While Britain gave the UK pharmaceutical company’s vaccine a vote of confidence on Friday, requesting its regulator to assess it for a rollout, experts raised questions about trial data.

“Investors want to see action on Covid-19 vaccines being approved and there could be a period where equities tread water until that event happens. Weighing on sentiment is the fact questions are being asked about AstraZeneca’s recent vaccine study with reports that the company will run another trial,” said Russ Mould.

On Monday, AstraZeneca released interim results of its candidate vaccine that showed two different levels of efficacy depending on the dosing regimen.

In patients administered two full doses one month apart, efficacy was at 62 per cent, while in those administered a half-dose and then a full dose it reached 90 percent. A dosing mistake was later revealed to have driven the regimen with higher efficacy.

As the transition period that followed the UK's exit from the European Union is set to end on 31 December, potentially leaving London without a trade deal with the bloc unless progress is made by the two sides, Britain’s Finance Minister Rishi Sunak has ruled out London signing up to an accord “at any cost”.

Officials in Britain and the EU claim talks are hamstrung over the main sticking points, such as fishing quotas, UK exporting standards and fair competition guarantees, with neither apparently prepared to concede ground, Sunak was quoted by Sky as saying:

“With a constructive attitude and goodwill on all sides we can get there. It’s clear what the shape of the deal looks like.”

Barnier says 27 EU envoys were warned that there were "only a few days left" for deal with the UK, according to Reuters.

Quick update on @MichelBarnier's briefing to EU ambassadors this morning at 0830 on Brexit state of play. The same sticking points are there: LPF, fisheries, governance, but a lot of work is being done. "They're still talking, which is good," acc to one diplomat

​An EU diplomat was cited as saying that there are "only a few days left" for talks, as “gaps on level playing field, governance and fisheries remain large," after a closed-door briefing by the European Commission's chief negotiator with the UK, Michel Barnier to envoys of the 27 EU states.