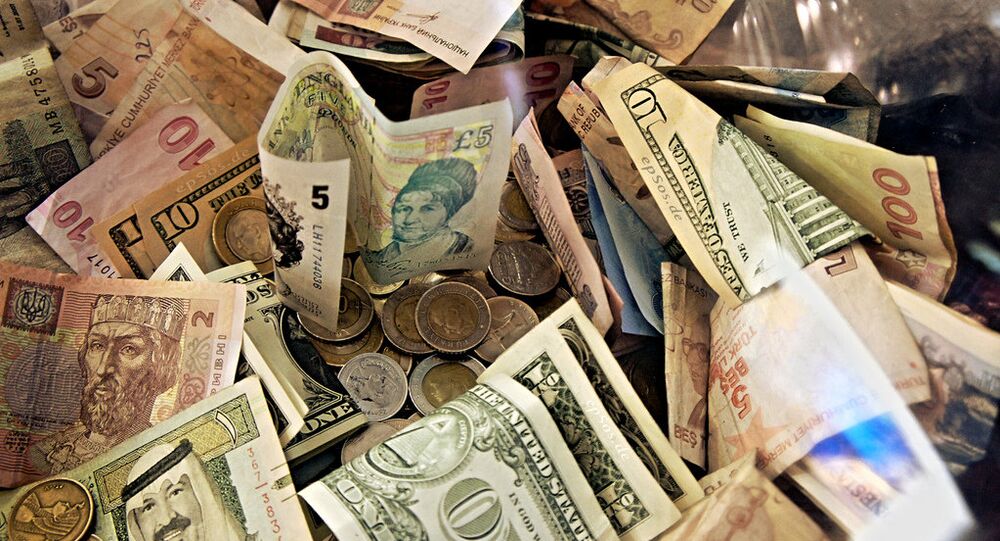 Economists and policymakers have been voicing concern over the ‘unsustainable’ debt quandary already before the coronavirus pandemic wreaked havoc on a global scale, painting a precarious scenario for the future of the universal debt to gross domestic product ratio

Global debt has been forecast to surge to record-breaking highs by the end of the year, reaching $277 trillion, says a report by the Institute of International Finance (IIF) published on 18 November.

​After nationwide measures implemented to cushion the devastating effects of the coronavirus crisis, global debt levels spiked $15 trillion to stand at over $272 trillion in the third quarter of 2020, leading the IIF to warn of an impending “attack of the debt tsunami”.

“There is significant uncertainty about how the global economy can deleverage in the future without significant adverse implications for economic activity,” stated the IIF report.

As the health crisis shows no sign of easing its universal grip and economies are forced to grapple with the fallout, the institute forecast a debt-to-GDP ratio of 365 percent in the coming months.

Amid increased government spending driven by the coronavirus pandemic, developed markets were cited as accounting for nearly half of the debt increase.

The third quarter of 2020 witnessed developed markets’ overall debt ballooning to 432 percent of GDP, from a ratio of about 380 percent at the end of 2019.

The global association of the financial industry, with close to 450 members from 70 countries, predicted that total US debt would hit $80 trillion in 2020, up from $71 trillion registered in 2019.

The report stated that debt rose by $1.5 trillion to $53 trillion through September in the Euro area, while among developing economies, the biggest surges in non-financial sector debt ratios were so far registered in Lebanon, China, Malaysia and Turkey.

© AFP 2020 / MANDEL NGAN
The seal of the International Monetary Fund is seen at the headquarters building in Washington, DC on July 5, 2015

Paying down sovereign debt was cited as “much more onerous” due to the declining revenues of emerging market governments, irrespective of record low global borrowing costs.

Some $7 trillion in emerging market bonds and syndicated loans will come due towards the end of 2020, with approximately 15 percent denominated in US dollars, says the IIF report.

The forecast by the IIF comes as officials from the Group of 20 most industrialised nations agreed in mid-October to extend the Debt Service Suspension Initiative (DSSI) freeze on official bilateral debt payments for the world's most vulnerable countries by an additional six months, until June 2021, amid a sharp economic contraction driven by the pandemic.

As countries across the globe witness a surge of coronavirus infections, the International Monetary Fund (IMF) has warned that the global economic recovery may lose momentum.

.@KGeorgieva: My messages to the G20:
1. Do not withdraw support for the economy prematurely. Stay the course.
2. We have to work together to deliver vaccines to everyone.
3. Let's support poor countries with the help they need.#OurNewEconomy pic.twitter.com/YWWPOrCTR5

According to an earlier IMF forecast, the world economy will shrink by 4.4 percent this year in the worst annual plunge since the 1930s. While 2021 may bring growth of 5.2 percent, recovery was suggested to be "partial and uneven".