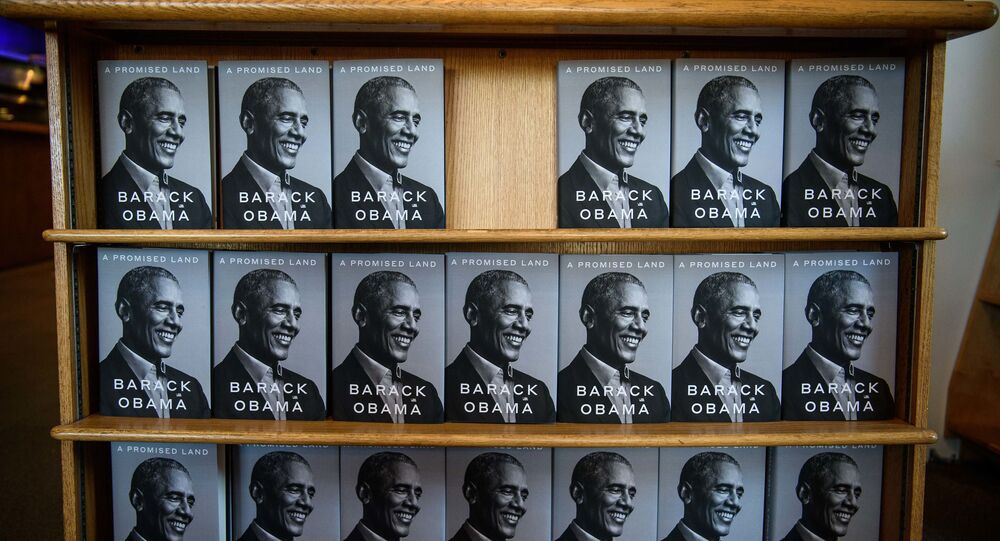 MOSCOW (Sputnik) - The first volume of "A Promised Land," a new book by former US President Barack Obama, has set purchase records on the first day of going on sale in the United States and Canada on Tuesday, CNN reported, citing the publisher, Penguin Random House.

"More than 887,000 units in all formats and editions in the U.S. and Canada on the first day of [the book's] publication" were sold, including pre-orders, the publisher was quoted as saying and adding that this was its "largest first-day sales total for any book ever published."

According to the report, the first-day sales of "A Promised Land" by the 44th US president are poised to overdo the "Becoming," a book by former first lady Michelle Obama, which sold 725,000 copies on its own first day back in 2017.

© AFP 2020 / CHANDAN KHANNA
Barack Obama Says Donald Trump Does Not Appeal to US ‘Code of Masculinity’
Penguin Random House imprint Crown Publishing has reportedly printed 3.4 million hardcover copies for the US and Canada.

The first volume of "A Promised Land" is a memoir that describes both Obama's rise to power and also events during his presidency from 2009-2017. His earlier books also proved popular with readers, with "The Audacity of Hope" bringing him $8.8 million and "Dreams from My Father" bringing $6.8 million.