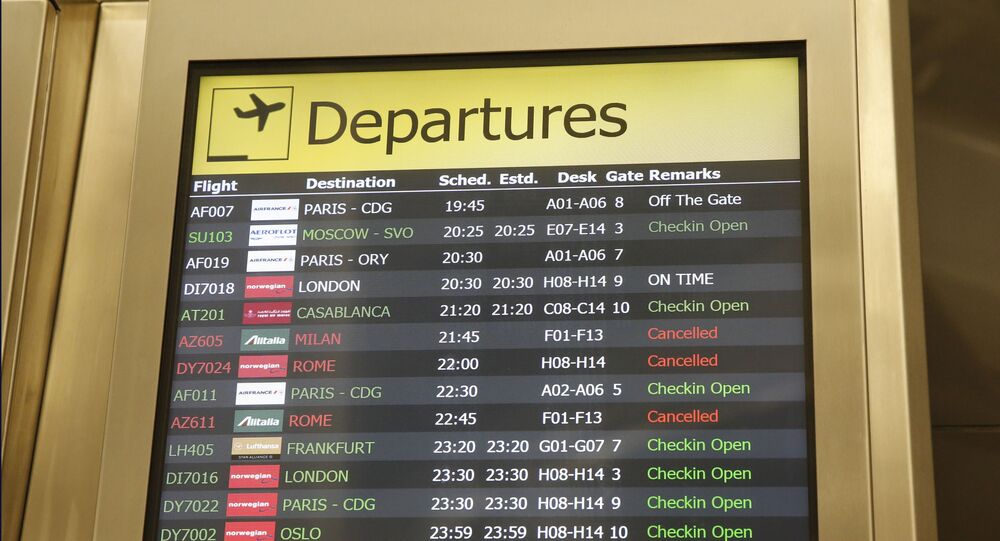 Profits for the second-largest carrier in the US have plummeted amid the ongoing pandemic due to a steep decrease in passenger demand, it was stated during the firm's third quarter reports.

United Airlines has reported adjusted losses per share of $8.16 compared to $4.07 last year, much lower than estimated of $7.53, Smarter Analyst reported on Thursday.

According to the Chicago-based carrier, the airline's average daily cash burn was $25m in Q3, down from $40m in the second quarter, due to a 59 percent reduction in operating costs.

Roughly 70 percent of the firm's carrier capacity was slashed due to ongoing COVID-19 restrictions, which saw passenger revenues nosedive 84.3 percent to $1.65bn, despite cargo rising nearly 50 percent to $422m, the report said.

“Having successfully executed our initial crisis strategy, we’re ready to turn the page on seven months that have been dedicated to developing and implementing extraordinary and often painful measures, like furloughing 13,000 team members, to survive the worst financial crisis in aviation history,” chief executive Scott Kirby said in a statement.

The news comes after the International Air Transport Association (IATA) and Airports Council International (ACI) issued a joint statement calling for governments to implement testing protocols to restart global travel, along with debt-free financial support from governments, to avoid a looming jobs crisis in the travel and tourism sector.

According to the Air Transport Action Group (ATAG), roughly 46m jobs are at risk due to the pandemic, where 41.2m jobs in travel and tourism sector rely on the airline industry and 4.8m are directly employed at airports and airlines.

Both groups have called on the International Civil Aviation Organisation (ICAO) Council Aviation Recovery Task Force to build a standard track and test method at the national level, stating that such measures would boost revenues for the sector.

“The COVID-19 pandemic remains an existential crisis and airports, airlines and their commercial partners need direct and swift financial assistance to protect essential operations and jobs,” ACI World director general Luis Felipe de Oliveira said. "Without this action, it is not an exaggeration that the industry is facing collapse."

Governments and industry leaders were urged to act quickly as large part of the global air network had been "severely ruptured" for over six months, IATA director general and chief executive, Alexandre de Juniac, said in a speech.

Job losses were increasing each day borders remained closed, he said, adding that economic recovery would face further difficulties without the measures.

“Momentum is building in support of testing to re-open borders. It’s the top operational priority. And to make sure that we have a viable aviation sector at the end of this crisis a second round of financial relief is unavoidable,” he concluded.

Numerous carriers have faced administration or profit warnings in recent months, including Virgin Atlantic, EasyJet, American Airlines, Lufthansa and many others, due to ongoing global lockdown restrictions.