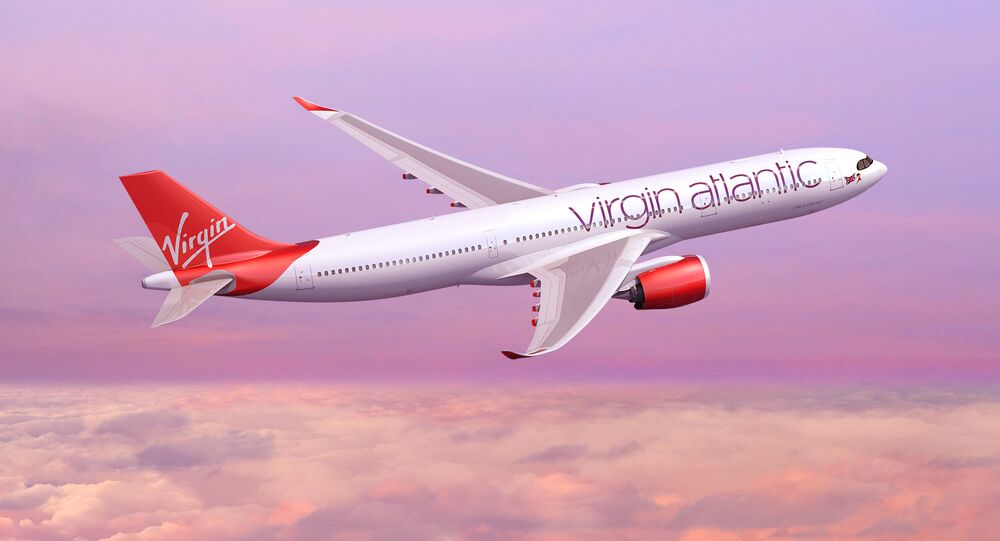 The critical vote comes amid market chaos due to to the ongoing COVID-19 pandemic, which has seen numerous budget and international carriers face plummeting revenues and weak passenger volumes.

Virgin Atlantic is now undergoing a crucial vote from trade creditors owed £50,000 or more on whether it will receive a £1.2bn restructuring plan, UK media reported on Tuesday.

The vote comes as Crawley-based carrier warned it may run out of money at the end of September if voters failed to approve the restructuring plan.

© REUTERS / Fabrizio Bensch
Making the Grade: Airports May See Pass-Fail COVID-19 Testing Policy as Travel Sector Reboots - IATA
The news comes as the airline suffers from a lack of passengers amid the ongoing coronavirus pandemic, which saw restrictions on travel placed by global powers in recent months.

Should creditors vote in favour of the deal, a court hearing would take place on 2 September to approve the measure, with a US procedural hearing set for the near future.

The UK carrier is owned 51 percent by Sir Richard Branson's Virgin Group and 49 percent by US carrier Delta Airlines. Sir Richard has agreed to add a further £200mn along with £170mn in loans along with fee deferrals from Delta and Virgin, totalling £400mn, according to Proactive.

The news comes after Virgin was rejected by the UK government after requesting a £1bn rescue lifeline, with Downing Street stating that it would only provide the funds as a last resort.

The move is seen as a sharp contrast compared with Germany's €9bn rescue deal with Lufthansa, France's €10bn Air France-KLM bailout and Washington's $25bn package for the US aviation industry.

Virgin Atlantic was forced to shutter operations at London Gatwick Airport in May and slash over 3,500 jobs, as well as file for Chapter 15 bankruptcy in New York in early August.

“Uncertainty around when flying will resume, coupled with unprecedented market conditions brought on by the pandemic, has severely reduced revenues for the global aviation industry and Virgin Atlantic. Accordingly, the airline has taken decisive action to reduce costs, preserve cash and to protect as many jobs as possible,” the carrier said in a statement at the time.

Further troubles for the Virgin Group come after Avanti West Coast bought out Virgin Trains in November last year over a dispute with the Department for Transport over pension rules, ending Sir Richard's railway franchise after 22 years in service.