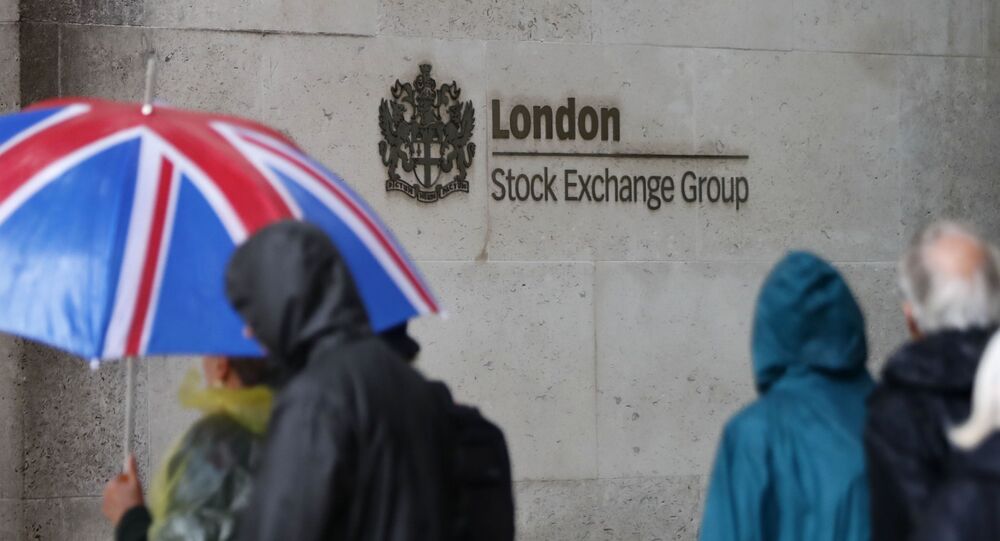 Tuesday saw the US stock market take a dive following President Donald Trump’s announcement that he had ordered an end to COVID-19 stimulus negotiations until after the 3 November election because the "economy is doing very well".

British midcaps increased to their highest levels in almost two months gaining at least 0.4%, while the blue-chip FTSE 100 index grew by 0.3%, with travel and construction stocks leading the gains.

The UK's GVC Holdings, one of the world's largest sports betting and gaming groups, surged 7% after posting a 12% increase in its revenue for the third quarter.

The British tobacco company Imperial Brands grew 1.3% as it predicted that its full-year net revenue would comply with market estimates.

The developments come after Trump went on Twitter to signal his support for a new round of $1,200 checks for American taxpayers, hours after he killed talks on the COVID-19 stimulus plan that included such steps.

Move Fast, I Am Waiting To Sign! @SpeakerPelosi https://t.co/RYBeWWuPC2

© AP Photo / Mark Lennihan
US Stock Indices Drop at Opening as Weekly Jobless Claims Fall Below 1 Mln
The move was preceded by POTUS announcing via Twitter that the "economy is doing very well" and that he had ordered an end to stimulus negotiations until after the presidential election.

The announcement was followed by New York Stock Exchange indices instantly plunging into the red, with the Dow Jones Industrial Average index falling by 375.88 points, or 1.3%, and the S&P 500 plummeting 1.4%.