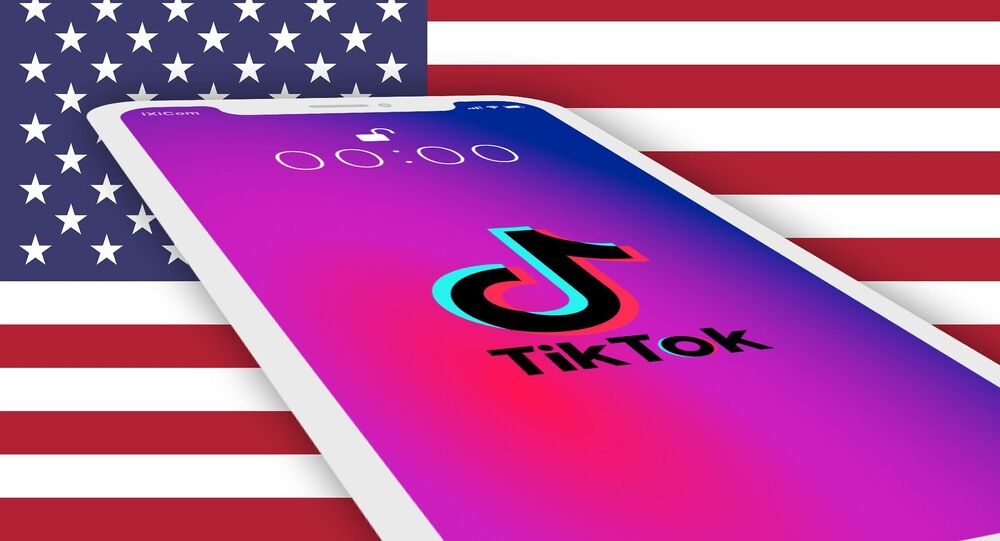 China May Take Steps ‘to Harm US Tech Interests’ Amid Washington’s Crackdown on TikTok, Analyst Says

The Trump administration has repeatedly claimed that TikTok snoops on its users at the behest of Beijing, allegations that the video-sharing platform and Chinese officials have rejected.

Benjamin Cavender, principal of the Shanghai-based China Market Research Group, has warned of possible major retaliation from Beijing against the US’ crackdown on the Chinese video-sharing app TikTok.

He suggested that the next few weeks may see China “take further steps to harm US tech interests”, which “might mean making it more difficult for US companies selling software to sell in China, or even potentially brands like Apple”.

Cavender added that “so far China has not taken dramatic steps but depending on how far the Trump administration takes future actions against Chinese firms we may see a retaliation”.

“In the short term this may not have further direct impact on either economy but it is one more action that is likely to further degrade the trade relationship. In this case it is likely that we will see a continuing separation of US and Chinese tech industries, to the detriment of ambitions to globalise for both US and Chinese companies”, the analyst argued.

He was echoed by Michael R. Englund, principal director and chief economist for Action Economics, LLC, who asserted that Beijing can “easily respond” to the Trump administration’s TikTok-related actions “with retaliation”, despite the fact that China “always faces a problematic situation in any trade-related escalation”.

Englund referred to the hefty trade imbalance between the US and China, which he said leaves Washington “in a target-rich environment for escalation”.

He insisted that China’s best strategy in such a situation is “to respond symbolically, and in a way that doesn’t lead to an escalating US response, as they’ve typically done over the past three years of trade conflicts”.

The analyst added that in terms of economic impact, “the US can easily ‘do without’ TikTok and WeChat, though there will be many unhappy teenagers”.

“Neither product is an input to anything productive or essential, as was the case with actions against [the Chinese tech giant] Huawei. The only really 'cost' to the US would reflect the impact of any possible retaliation against a US firm”, he concluded.

© REUTERS / Florence Lo/Illustration
China 'Firmly Opposes' US Decision to Ban Downloads of TikTok, WeChat
The remarks come as President Donald Trump said on Monday that the US companies Oracle and Walmart must have “total control” over TikTok, stressing that the deal won't be approved otherwise.

Last Saturday, he told reporters that he supported the agreement between TikTok owner ByteDance, Oracle and Walmart to create a new company that would assume TikTok's operations in the US.

Immediately after the announcement, the US Commerce Department said that it was postponing the planned block of new TikTok downloads until 27 September.

In August, Trump issued a 12 November deadline for the company to find a suitable US partner or face a complete ban in the United States. TikTok and its owner have since filed two lawsuits against the Trump administration. POTUS has repeatedly accused the Chinese app of providing Beijing with personal data of American citizens, allegations that TikTok and China's authorities reject.