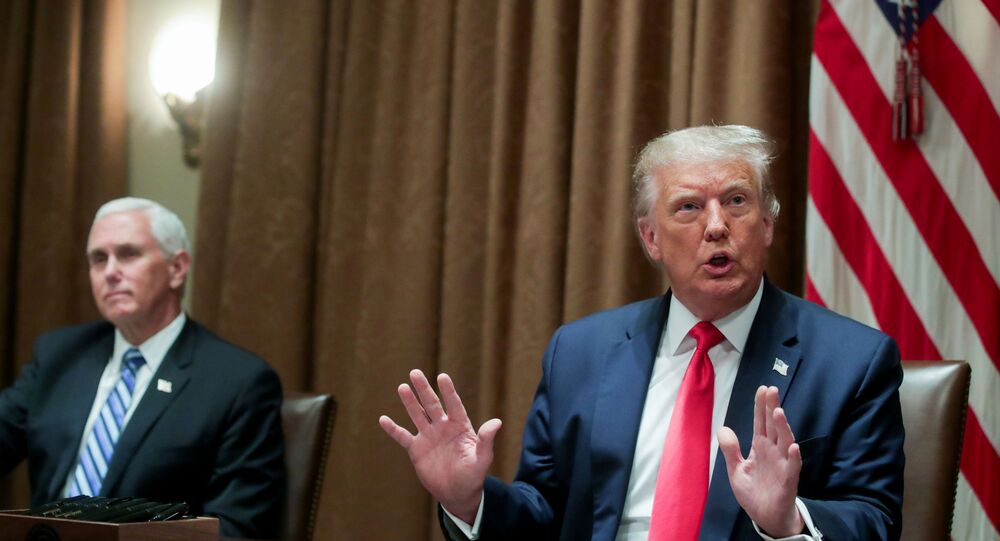 US President Donald Trump stated that he has had a great conversation with Microsoft CEO Satya Nadella, adding that TikTok can't be controlled by China, reports say.

Trump said on 3 August that he does not mind if the Microsoft Corporation acquires the Chinese-owned short-video application TikTok, but that any purchase by an American company would have to be made by a deadline of 15 September.

"I don't mind if… Microsoft or somebody else, a big company, a secure company, a very American company buys it", Trump said. "I set a date of around 15 September at which point it's going to be out of business in the United States".

The US president further elaborated that it might be easier if Microsoft purchases all of TikTok rather than just 30% of the company.

The US Treasury would need to get a lot of money from the TikTok deal, Trump stated.

Trump says TikTok will close in the United States on Sept 15 unless Microsoft buys it. He says he’s fine with Microsoft buying it. pic.twitter.com/rwfZjVP27R

The statement comes after Microsoft announced plans to conclude negotiations with ByteDance, the parent company of TikTok, on the purchase of the Chinese-based video-sharing app no later than 15 September.

Prior to this, Trump declared that he was planning to ban TikTok, which according to the presidential administration directly transfers collected data to the Chinese Communist Party, from operating in the US. However, the president also said that his administration was considering alternative options as well.

In early July, US Secretary of State Mike Pompeo stated that the Trump administration was considering a ban on access to TikTok over privacy concerns. The social media company claims that user data is safe and not shared with the Chinese authorities. Meanwhile, Beijing has called on Washington to stop using government mechanisms to pressure Chinese companies.