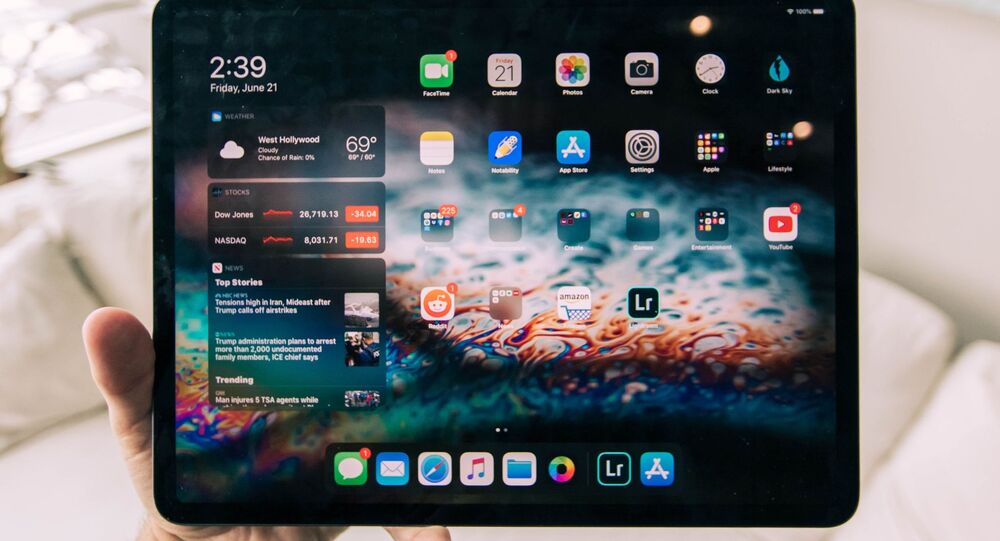 Earlier this year, France's competition authority hit US tech juggernaut Apple with a whopping €1.1 bln fine for anti-competitive practices with regard to retail distributors.

The European Union has launched antitrust investigations into Apple's payment platform over concerns that its practices stifle competition.

"It appears that Apple obtained a 'gatekeeper' role when it comes to the distribution of apps and content to users of Apple's popular devices," EU Executive Vice President Margrethe Vestager stated.

Commenting on the probes, Apple has accused a few companies of filing groundless complaints and criticised EU antitrust regulators for listening to them and opening two investigations into Apple Pay and the App Store.

© REUTERS / Dado Ruvic
'Unnecessary Invasion of Privacy'? Google & Apple COVID-Tracing Tech Sparks Security Concerns
"It's disappointing the European Commission is advancing baseless complaints from a handful of companies who simply want a free ride, and don't want to play by the same rules as everyone else. We don’t think that's right — we want to maintain a level playing field where anyone with determination and a great idea can succeed", the statement issued by the company says.