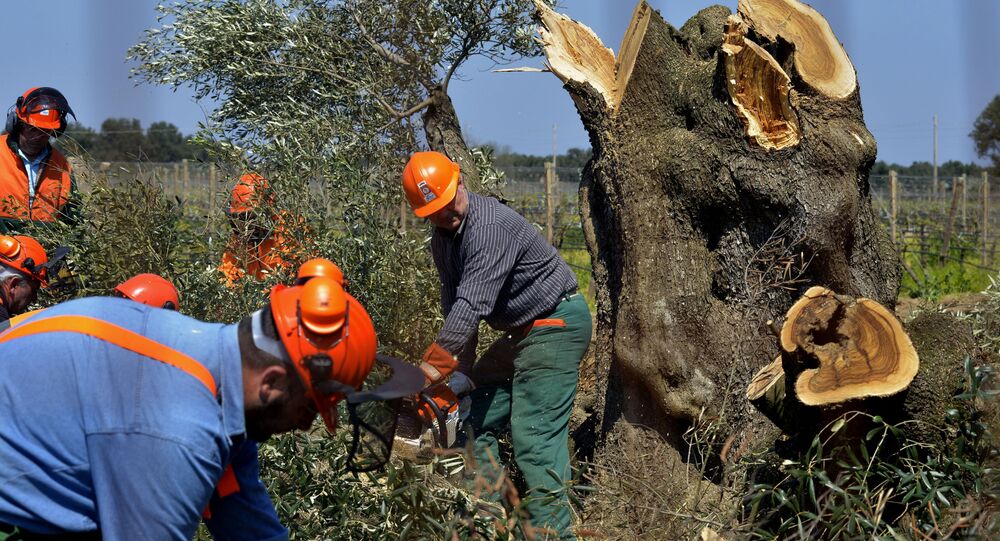 The still incurable disease has caused concerns since the bugs that cause it - Xylella - were first discovered in Italian olive plantations in 2013, with one of the two most tangible solutions currently being planting bacteria-resistant trees.

Researchers have modelled the worst potential impacts of the so-called Xylella fastidiosa pathogen, which has killed swathes of trees in Italy and currently poses a dire threat to olive plantations in Spain and Greece, the biggest exporters of olive oil.

In a new study, published in the scientific journal the Proceedings of the National Academy of Sciences (PNAS), researchers modelled different scenarios, including what would happen if all olive harvests ceased due to tree death.

They compared this worst case scenario with one that features replanting with resistant varieties, and came to estimate that in Spain, for instance, if the infection were to expand, the losses could amount to €17 billion over the next 50 years.

A similar scenario in Italy would bring about losses amounting to over five billion euros, while in Greece, the losses are projected to stand at just under two billion.

If the rate of the infection is slowed down by means of mechanical intervention (like, for instance, removal of weeds in spring), or resistant olive types are planted instead, then these sums would be markedly reduced, although the negative impact on consumers, primarily in terms of olive oil pricing, would still be there.

"The expected effect could be that there would be a shortage of supply", said lead author Kevin Schneider from Wageningen University in the Netherlands.

"And I would expect that if prices go up, consumers will be worse off".

Transmitted by sap-sucking insects such as spittlebugs, Xylella is deemed as one of the most dangerous pathogens for plants, with no cure for the disease known to date.

Along with olive trees, the pest can infect cherry, almond, and plum trees; however, given the fact that it was first discovered in 2013 in trees in Puglia, Italy, it has since been associated with olives. The disease has brought about devastating fallout in Italy, with an estimated 60% decline in crops.

The pathogen blocks water and nutrient transmission in trees, which gradually wither and die after being deprived of the essential life-sustaining elements.