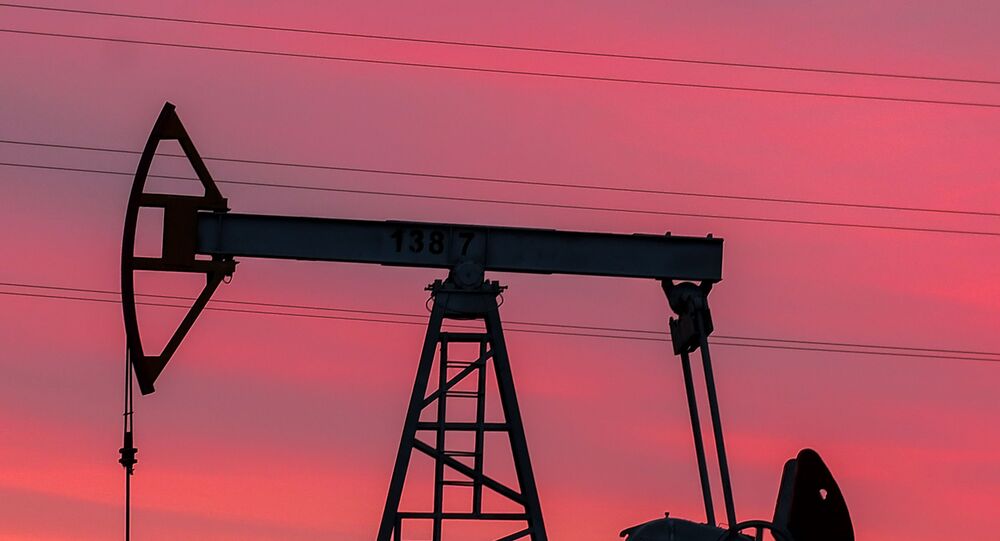 The day before, it was reported that the main participants in the OPEC+ group supported the idea of meeting on 6 April to discuss cutting oil production.

The Kremlin on Sunday stated that Russia never supported the idea of abandoning the OPEC+ oil output cut deal, adding that Russian President Vladimir Putin is eager to have constructive negotiations.

Speaking further, the Kremlin stated that an increase in oil output would lead to very low oil prices, which wouldn't benefit any country.

© REUTERS / JOSHUA ROBERTS
Trump Says Doesn't 'Care About OPEC', Will Put Tariffs on Oil Imports If He Has to
Oil prices suffered their worst decline in decades in March after Russia and Saudi Arabia failed to reach a deal on output cuts amid the ongoing COVID-19 crisis.

Russia proposed leaving output cuts at previously agreed-upon levels, while Saudi Arabia and its allies suggested that additional cuts be made.

Russia rejected the proposal, prompting Riyadh to cancel even the originally agreed upon cuts, to announce a 25 percent increase in production, and to offer heavy discounts on crude futures for April.