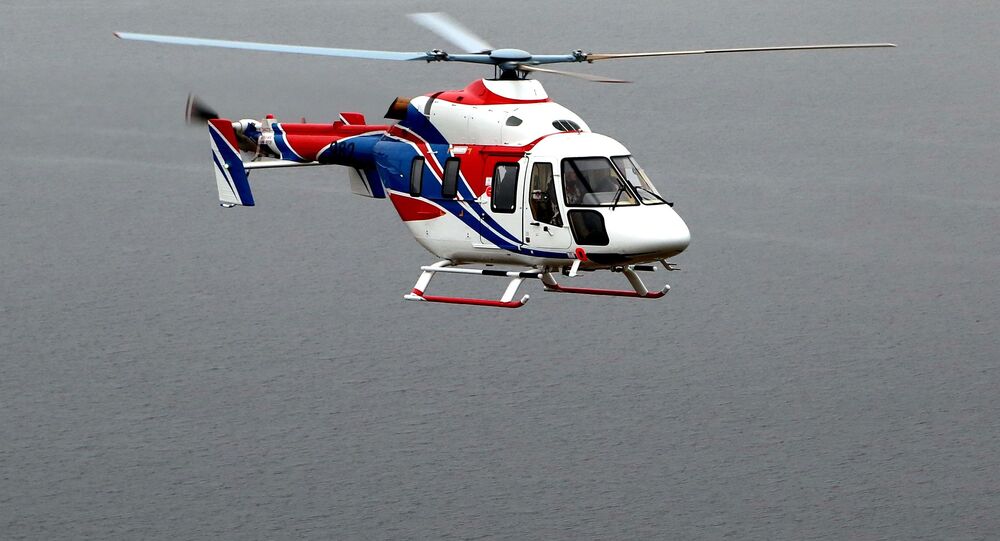 Russian Helicopters and their Mexican partner – the Craft Avia Center announced plans to form a partnership to market the Ansat multi-purpose helicopter in Mexico several years back, with the Mexican side opening a service center earlier this year.

The global economic slowdown and coronavirus pandemic has not held Mexico back from taking delivery of its first Ansat helicopter, Jose de Vicente, director of Craft Avia Center’s Ansat helicopter service and distribution center, has confirmed.

“Everything is proceeding as we have planned. The first helicopter, which has been disassembled, is on its way from Moscow to St. Petersburg in two containers. On April 5, it will be loaded onto a ship, which will arrive in Mexico in 27 days, during the first week of May,” de Vicente said in an interview.

According to the businessman, the delivery has not been affected by recently introduced sanitary restrictions.

Earlier, Craft Avia Center announced plans to purchase 13 Ansat helicopters for themselves and clients, with 27 more helicopters planned to be ordered for Mexico’s national air ambulance project. The Ansat is presently undergoing certification, which is expected to be completed by the end of the year.

Mexico expressed interest in assembling Ansat helicopters in 2018. The Kazan Helicopter Plant certified a version of the helicopter with a medical module in 2015, with the certification said to be compliant with all international standards.

The Ansat is a light, twin-engine multipurpose helicopter produced by the Kazan Helicopter Plant, and is designed to transport between 7-9 people. The cabin’s unique design allows for it to be converted into a cargo, passenger, law enforcement or ambulance with ease in the space of an hour.

The helicopter boasts the largest cabin in its class, easy loading and unloading via a wide sliding door, a flight range of over 500 km, a cruising speed of 220 km per hour, a maximum speed of 275 km/h, and a maximum payload of 1,166 kg. The chopper is powered by a pair of 207k Pratt & Whitney 630 hp engines, although a Russian-made engine is in development. The chopper features advanced avionics and combined metal, composite and fiberglass components, including a hinge-less main rotor said to reduce operating costs. The chopper is certified for operations ranging in the -45 to 50 degrees Celsius range.

In addition to Mexican clients, Russian Helicopters has signed a contract to deliver the Ansat to China. The chopper is already in use by the Russian Aerospace Forces, private Russian customers and Polar Airlines, a carrier which services the Russian Far North.