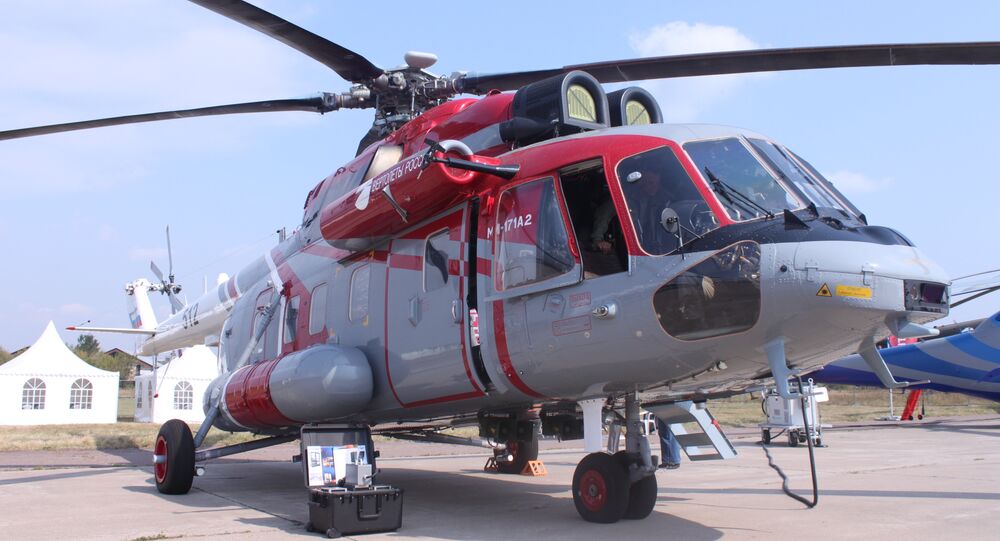 About a year ago, Russian Trade Minister Denis Manturov mentioned such an opportunity during his visit to Mexico.

"Soon Mexico can start assembling Russian helicopters here," Carreno said during the visit of a Russian business mission to Mexico organized by the Russian Export Center.

Promexico head told Sputnik that for the time being there was no possible start date for such an assembly.

"We don’t have exact information about the beginning of the assembly, we are waiting for the companies themselves to announce this, and then we will be able to join and assist this process," Carreno said.

"There are specific steps. Now we are working through an agent to validate the certificate, in particular, we are talking about the Ansat helicopter," Gruzdev told reporters in Mexico City.

After the first step, market assessment should be carried out, he added.

Russia is also ready to supply Mexico with equipment for oil extraction and refining, Gruzdev noted.

"Russia has made a big step forward in the development of its own unique technologies, including the extraction and in-depth processing of raw materials. We are ready to offer Mexico integrated solutions and appropriate equipment," Gruzdev told reporters.

The hydropower industry has already implemented a number of large projects for the supply of equipment for the Mexican hydropower plants, and Russia is ready to increase this field of cooperation by offering comprehensive solutions to modernize existing facilities and build new ones, he said.