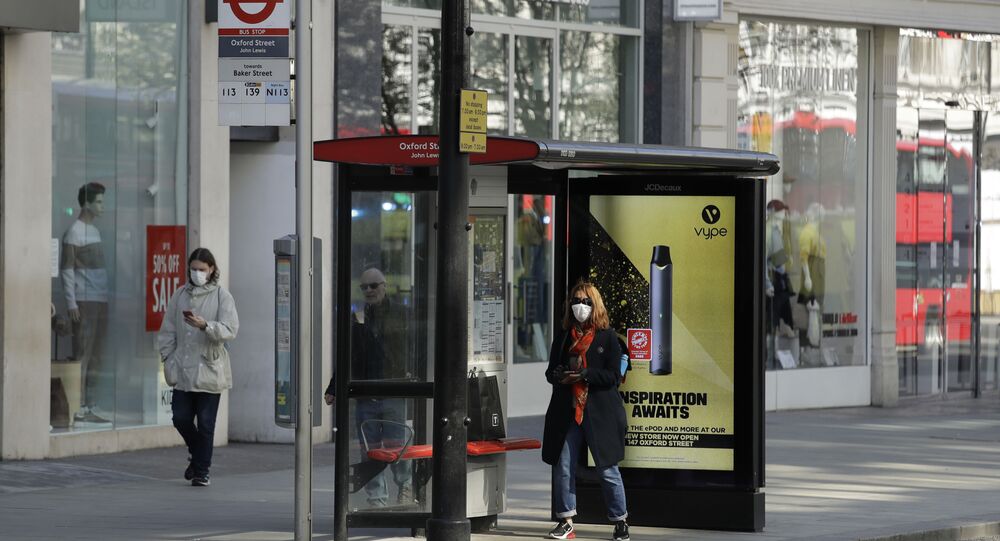 Britain has had 25,150 confirmed cases of the coronavirus and 1,789 have died. The UK government has responded by ordering most workers to stay at home and closing pubs, restaurants, shops, offices and some factories.

Social media users are increasingly questioning the wisdom of the UK government's Coronavirus Job Retention Scheme, which was introduced on 20 March.

The scheme allows all UK employers to put staff on a leave of absence, known as a furlough, for at least three months and to backdate it from 1 March - and the government will pay those workers 80 percent of their wages - up to £2,500 per month per employee.

​So far there is no official estimate of how much the Coronavirus Job Retention Scheme could cost the Treasury but an article in Wired this week suggested the bill could be £78 billion.

John Dixon, a retired police officer, said: "It’s pretty obvious that the enormous mortgage the government has taken out to pay for our COVID-19 response will be repaid over the next 20-30 years by middle class taxpayers. It’s similar in scope to the loans the UK repaid to the US after World War Two. None of this is 'government money'. It's ours."

​Announcing the scheme, the Chancellor, Rishi Sunak, said it was "designed to support employers whose operations have been severely affected by coronavirus."

But many social media users believe the scheme is open to abuse and others point out that the government is effectively giving huge sums of money to profitable companies, money that will eventually have to be paid back by taxpayers.

​​There is anecdotal evidence of large and profitable companies taking advantage of the scheme.

One UK worker, Graham Bird, said: "My employer has decided to prop up their profits by putting me on furlough and taking money off the government to do it. It's despicable behaviour that will ultimately cost us trillions."

Among those who will be paid by the government through the scheme is Tottenham’s chairman Daniel Levy, who was paid £7 million by the club last year.

Mr Levy said "people need to wake up to the enormity" of the coronavirus pandemic but his words triggered a bitter reaction on social media, where many people pointed out the club would not be cutting the wages of its millionaire players.

In a statement Mr Levy said: “We need to realise that football cannot operate in a bubble. We may be the eighth largest club in the world by revenue…but all that historical data is totally irrelevant as this virus has no boundaries."

Former Premier League footballer Stan Collymore tweeted: "Clubs who've paid players full wages to this point ad have owners with significant wealth should not be using the UK taxpayer furlough. The notion that Joe Lewis (Tottenham owner, who is estimate to be worth £4 billion) and Mike Ashley (£2 billion) get benefits of growth from football assets but little liability is a f***ing disgrace."

​Among the companies which have so far taken advantage of the scheme are airlines Virgin Atlantic and easyJet, retailer Mothercare, food franchise Pret a Manger, pub chain Greene King and outsourcing firm Capita.

Sputnik has contacted the Treasury and the Department for Business, Energy and Industrial Strategy for comment.