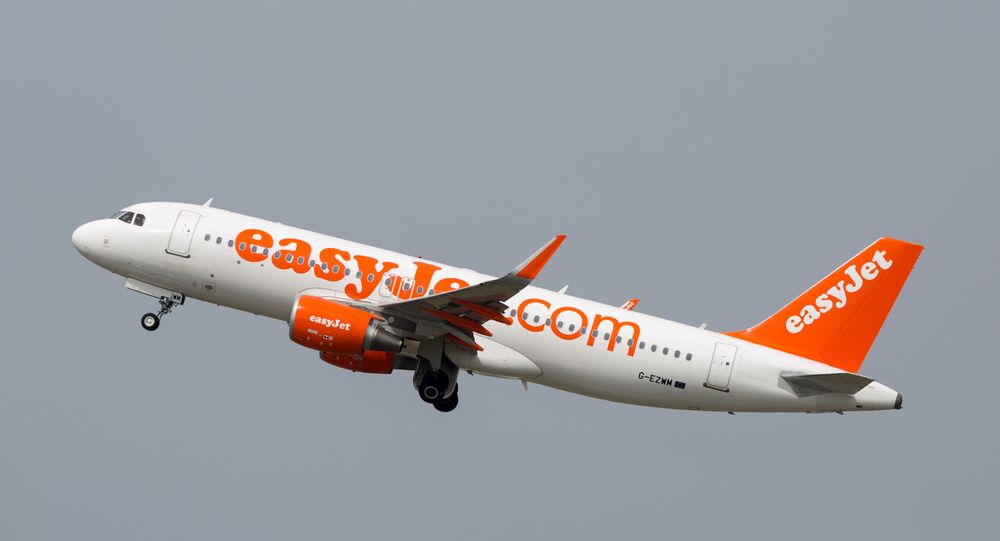 EasyJet's announcement comes as other airlines have also grounded most or all of their flights amid the increasingly tight travel restrictions, and collapsing customer bookings, resulting from the COVID-19 pandemic.

UK  airline easyJet announced on 30 March that it would be grounding all of its flights as a result of the COVID-19 pandemic and governments' attempts to tackle it. The budget airline had already cut up to 75% of their flights as of 16 March, though it says it will maintain its support to help repatriate stranded citizens and residents.

​"As a result of the unprecedented travel restrictions imposed by governments in response to the coronavirus pandemic and the implementation of national lockdowns across many European countries, easyJet has, today, fully grounded its entire fleet of aircraft", a statement from easyJet reads.

"Over recent days easyJet has been helping to repatriate customers, having operated more than 650 rescue flights to date, returning home more than 45,000 customers. The last of these rescue flights were operated on Sunday 29 March. We will continue to work with government bodies to operate additional rescue flights as requested", they added.

The Airline also said that there can be "no certainty" as to when commercial flights will restart.

In a reply to a question regarding its financial position the airline's press department said that the lowcoster "maintains a strong balance sheet, with no debt re-financings due until 2022. We are in ongoing discussions with liquidity providers who recognise our strength of balance sheet and business model."

They added that the corporation and Unite the Union, "have collaboratively reached an agreement on furlough arrangements for its cabin crew". This agreement will come into effect on 1 April and will last for two months. The cabin crew, will be paid 80% of their average pay through the Government job retention scheme.

Meanwhile, EasyJet's largest shareholder Sir Stelios has reportedly demanded that the company cancel £4.5 billion worth of airplanes from Airbus in order to avoid taking government loans.

Netizens are also replete with people complaining that they can't reach the airline's press office to secure refunds and demanding the corporation do more to sort out claims.

The NHS also announced on 30 March that thousands of airline staff are being offered jobs in the new NHS Nightingale Hospital, which is being constructed in the Excel Centre to deal with the increased pressure on the health service as a result of COVID-19.

"EasyJet has already written to all 9,000 of its UK based staff, which includes 4,000 cabin crew who are trained in CPR, while Virgin Atlantic will write to approximately 4,000 of their employees from Monday (30 March), prioritising those with the required skills and training," ​the NHS statement released on the matter says.

Airlines across the world have seen passenger numbers collapse as governments close their borders and flight bookings are cancelled by customers. Airlines in the region that have suspended most of their flights include easyJet, Ryanair, Virgin Atlantic, British Airways owner IAG, Loganair, Lufthansa, KLM Royal Dutch Airlines and Norwegian Air. Both KLM and Norwegian Air have already announced lay offs of thousands of staff. The head of Loganair recently told the BBC that any airline saying it could survive without government help "would probably be lying".