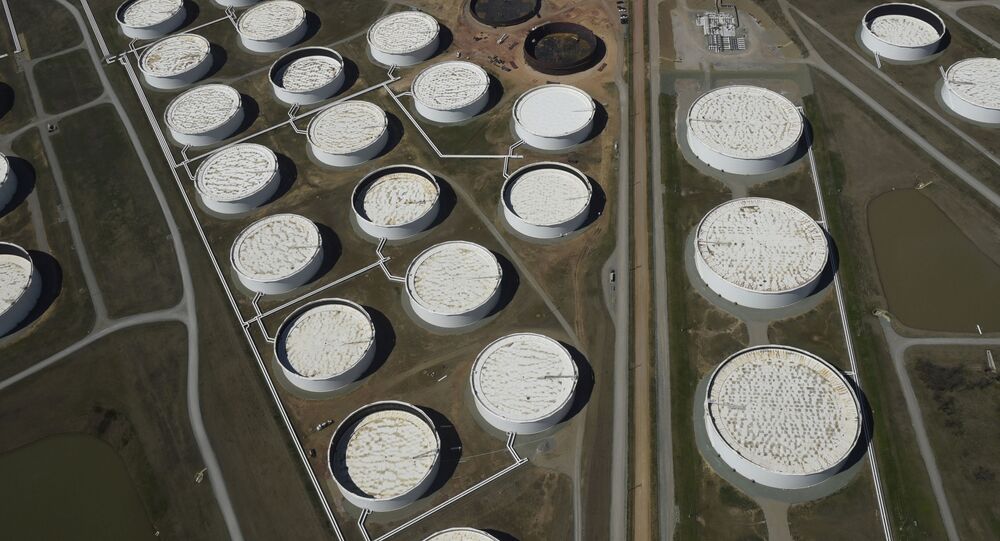 OPEC+’s failure to come to a consensus on possible oil supply cuts amid the global economic slowdown expected due to COVID-19 has sent oil futures tumbling, with the OPEC basket trading for $30.63 on Tuesday, down by more than 40 percent since early March, and as much as 55 percent since January.

Both onshore and offshore oil storage facilities may run out of spare capacity in the next six months thanks to rock-bottom prices due to falling economic activity and the Saudi-Russian dispute on supply cuts.

Speaking to the Financial Times, multiple energy traders said that the move by industrial giants around the world to reduce or halt production and go into lockdown is likely to cause a further drop in oil demand, which already suffered its worst single day decline since the 1991 Gulf War price plunge last week.

Furthermore, speculators looking to make a profit by buying up oil now to sell it off later as prices stabilize may have difficulty finding storage capacity in the coming weeks and months.

“Something will have to give,” Torbjorn Tornqvist, CEO of Cyprus-based commodity trading giant Gunvor told FT. “The world is producing too much oil.”

Gunvor’s view is that global oil demand could face another 5 percent decline during the next month, at the same time that Saudi Arabia, the United Arab Emirates and Russia make good on their plans to ramp up production.

Earlier, the two Arabian sheikdoms promised to boost production by about one million barrels per day (bpd) each, while Russia reportedly made plans to ramp up output by 200-300k bpd in the near term, and by as much as 500,000 bpd in the medium-term.

Vopak, a major Dutch multinational oil storage company, has confirmed that it has received a growing number of inquiries regarding the storage of crude oil. Meanwhile, Giovanni Serio, head of analysis at Vitol, a Dutch commodity trader, says traders may soon resort to storing oil aboard tankers at sea, an option that is both more expensive and risky, and complicated by recent Saudi efforts to charter more ships to transport the kingdom’s oil to global markets.

“The combination of weakening demand and excess supply is hardly going to be accommodated by onshore storage. At a certain point…we will need to fill all the boats,” Serio said. Even that is not a permanent solution, he says. “We are not there yet but we are not going to have any space onshore and it will be hard to find any storage on water. Therefore, the price will have to fall to motivate someone to cut production.”

Kayrros, a Paris-based oil and gas analytics firm similarly estimates that the world’s onshore tanks may be filled to the brim in six months’ time, with 61 percent of capacity already filled up.

Some nations, including oil producers and net oil importers alike, have taken advantage of price cuts, with the Trump administration cancelling plans to sell off parts of the Strategic Oil Reserve and to fill it “up to the top.”

According to FT, the previous oil glut of 2014-2016 helped big traders make profits worth billions of dollars, and they are hoping for the same this time around.