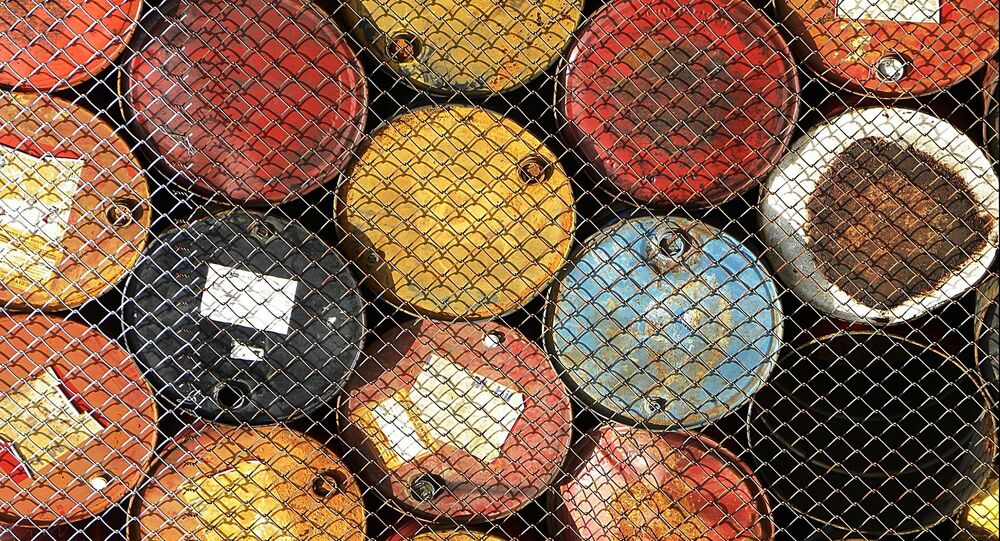 Oil futures crashed over 30 percent in Monday trading, with the drop being the second-largest in history, second only to the 1991 price plunge taking place during the Gulf War, with leading global price benchmark Brent crude dipping to as little as $32 a barrel.

Brent crude futures collapsed to their worst showing since the late 1990s on Monday in Asia trading, and may continue to plummet to just $20 a barrel, global investment banking firm Goldman Sachs has warned.

Amid the market plunge, the company has already revised its third and second quarter price forecast down to $30 a barrel, and warned clients that the drop may continue in the near future.

“The prognosis for the oil market is even more dire than in November 2014, when such a price war last started, as it comes to a head with a significant collapse in oil demand due to the coronavirus. This is the equivalent of a 1Q[2009] demand shock amid a 2Q-[2015] OPEC production surge for a likely 1Q[2016] price outcome,” Goldman oil strategist Damien Courvalin said in a note to clients seen by Yahoo Finance.

According to the analyst, the present situation “completely changes the outlook for the oil and gas markets…and brings back the playbook of the New Oil Order, with low-cost producers increasing supply from their spare capacity to force higher-cost producers to reduce output.”

Among the high-cost producers potentially on the chopping block are US shale, which has an average breakeven price of as high as $68 per barrel.

According to Russian state statistics agency Rosstat, Russia’s 2019 breakeven price, not accounting for taxes, amounted to the equivalent of $31.90 per barrel. Saudi Aramco, meanwhile, has boasted that its breakeven price is as little as $17 per barrel.

© REUTERS / Hamad I Mohammed
The logo of Aramco is seen as security personnel stand before the start of a press conference by Aramco at the Plaza Conference Center in Dhahran, Saudi Arabia November 3, 2019

The drop came after the Saudi-led Organization of Petroleum Exporting Countries and its non-OPEC partners including Russia failed to reach a deal on a collective production cut in talks in Vienna, Austria on Friday, with OPEC+ subsequently abolishing output restrictions, and Saudi Arabia launching a price war, slashing official selling prices for April futures by $6-$8.