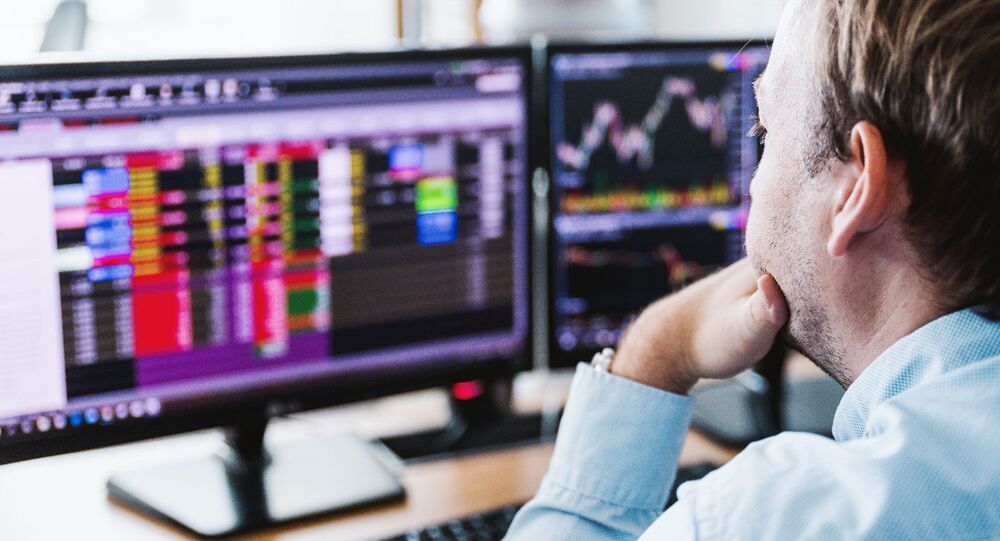 The accelerating spread of the COVID-19 coronavirus has forced governments across the globe to shut borders and businesses to close their doors. The panic has affected global supply chains and, hence, stock markets, which are suffering their worst time in years.

European shares are witnessing a slight recovery on Tuesday after their worst trading day in more than seven years.

The pan-European STOXX 600 index closed down 4.86 percent at 285 points on Monday, its lowest since mid-2013. During the trading session, the benchmark index fell as much as 9.1 percent to its November 2012 low, when the Eurozone was going through a debt crisis.

It rallied 2.7 percent in early trading on Tuesday, but dipped again and was trading at around 285 points at 10:55 GMT. The coronavirus-induced sell-off has shaved off 35 percent off its February record high value.

An array of national European indexes attempted a rebound at the opening bell, but the travel and leisure index fell 1.1 percent as airlines are moving ahead with cuts to their international flights.

The spread of the COVID-19 pandemic has caused dozens of countries, including those in Europe, to restrict travel and mandate quarantines, which led to an economic shock.

The US Federal Reserve has cut its benchmark interest rate to near zero, adding $1.5 trillion of liquidity to the banking system and rolling out a $700 billion massive quantitative easing programme, while the Bank of England also slashed its main interest rate to 0.25 percent and announced $37 billion worth of measures to support affected businesses and stimulate the economy.

In comparison, ECB President Christine Lagarde suggested that it was up to the governments to protect Eurozone economies, and not to the Central Bank.

She argued that there are “no material signs of strains in the money markets or liquidity shortages” and added that any policy response to the crisis should be primarily fiscal.

The European Central Bank has refused to further cut its already negative main interest rate of -0.5 percent despite market expectations, and instead encouraged banks to lend to small and medium-size businesses. It has also beefed up purchases of private sector assets and will provide cheap loans to banks to mitigate the fallout from the pandemic.