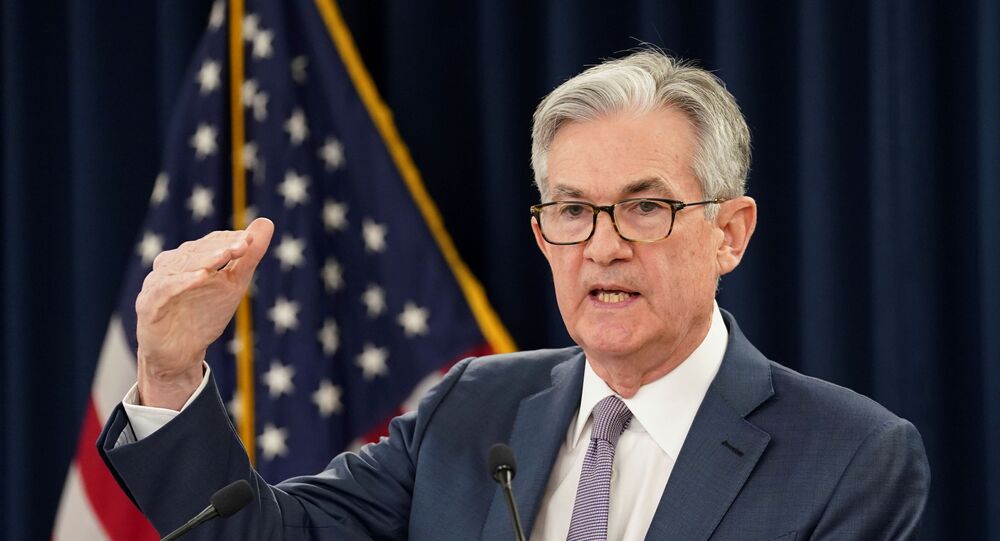 The Federal Reserve's benchmark US interest rate was slashed on Sunday to a range of 0 to 0.25 percent, down from a range of 1 to 1.25 percent. The move - that has been much-anticipated by US President Donald Trump - is a bid to tackle the ongoing economic fallout caused by the spread of the Chinese-spawned coronavirus.

The central bank also announced that it would re-start its “quantitative easing" - a step that the American economy took earlier during 2008's Great Recession in a bid to get money flowing in markets.

"Consistent with its statutory mandate, the [Federal Open Market] Committee seeks to foster maximum employment and price stability. The effects of the coronavirus will weigh on economic activity in the near term and pose risks to the economic outlook. In light of these developments, the Committee decided to lower the target range for the federal funds rate to 0 to 1/4 percent", The US Federal Reserve System said in a statement on Sunday, adding that it was "encouraging banks to use their capital and liquidity buffers as they lend to households and businesses who are affected by the coronavirus".

According to the US central bank, the imposed emergency rate cuts would expand its balance sheet by at least $700 billion in the coming weeks. American banks - affected by the pandemic - will also receive a boost.

"This action eliminates reserve requirements for thousands of depository institutions and will help to support lending to households and businesses", the Fed said in the statement.

In addition to cutting interest rates, the Fed also announced joint emergency action with other central banks across the globe. In particular, the Fed extended currency swap lines to other nations, including Japan, England, Europe, Canada and Switzerland to ensure those nations have enough dollar reserves on hand. The move is designed to bring down the price banks and entities pay to access US dollars.

Trump has welcomed the Federal Reserve's move during the news conference.

"That is really good news. That is really great for our country [...] We are very happy, I have to say this, I am very happy", Trump said, urging Americans, who have rushed to stores across the nation, to "buy a little bit less", Trump suggested that grocery stories were committed to staying open throughout the crisis.

Trump has reportedly been pushing the Fed to do more to boost markets and prevent the economy from falling into a possible recession amid the outbreak of the Chinese coronavirus.

According to official data, most markets had yet to open in Asia, but currencies were active, with the US dollar falling. The pound-dollar pair showed a rise to 1,1 after the Fed announcement. The Dollar-yen pair has fallen to 1 percent.

Intercontinental Exchange (ICE) futures market also reacted to the Fed's move and displayed the dramatic fall of Brent oil price by 6.1 percent to 31.9 and WTI by 5.2 percent to 30.15 percent.

The ongoing Wuhan coronavirus pneumonia-type infection pandemic has impacted oil prices and the global economy, prompting authorities to allocate billions to markets as an emergency measure.