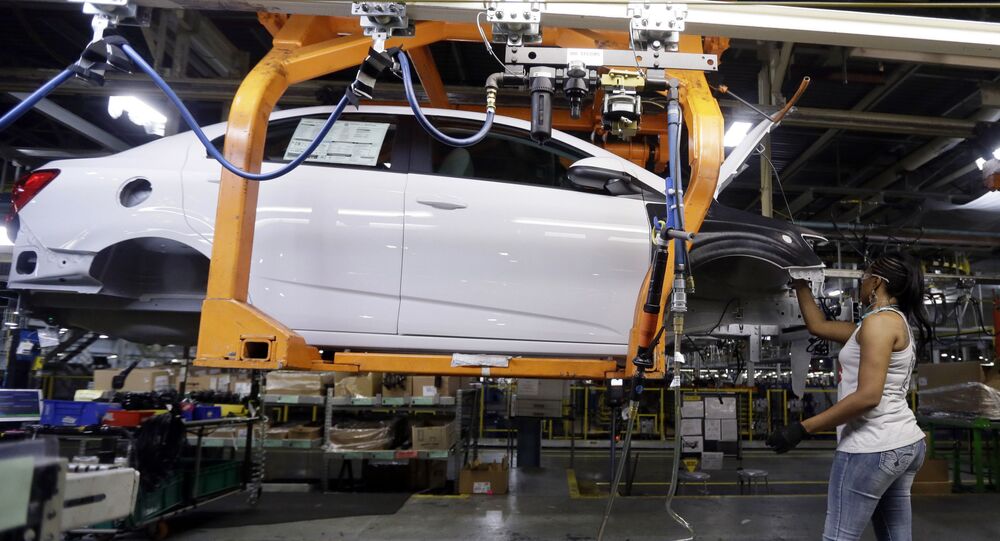 Conflicts with the US’s major trade partners have become the norm for the Trump administration, with Washington sparking off trade tiffs with everyone from China to US allies Canada, Mexico and Europe in a bid to improve the trade balance and redress what Trump says are other countries’ unfair trade practices.

The Trump administration’s tariff policy has had a negative impact on US industrial growth, and led to higher prices for US consumers, a new 33-page study by the Federal Reserve claims.

According to the study, written by Fed economists Aaron Flaaen and Justin Pierce, the “tarrif increases enacted in 2018 are associated with relative reductions in manufacturing employment and relative increases in producer prices.”

Furthermore, although some industries have benefited from the tariffs by becoming more cost competitive, this benefit was said to have been counterbalanced by rising input costs and retaliatory tariffs.

“While the longer-term effects of the tariffs may differ from those that we estimate here, the results indicate that the tariffs, thus far, have not led to increased activity in the US manufacturing sector,” the paper notes.

The study pointed to nearly a dozen industries which the authors said was hit particularly hard by retaliatory tariffs, including, paradoxically, the aluminum, iron and steel industries, makers of motor vehicles, household appliances, and computer components, as well as producers of leather goods, pesticides, and audio and video equipment.

President Trump has had a rocky relationship with the Federal Reserve and its chairman Jerome Powell, repeatedly accusing the latter of failing to do enough to improve US economic growth.

The Trump administration has enacted billions of dollars of tariffs on many of America’s major trade partners, targeting aluminum and steel from around the world, European industrial goods, and almost all the goods coming in from China over what the president has described as these countries' “unfair trade practices” against the United States.

Last week, Trump announced that Washington had achieved a breakthrough on a new trade deal with China, and would be “signing it very shortly.” The trade conflict, which began in May 2018 with $25 billion in tariffed goods, soon escalated to affect hundreds of billions of dollars of goods from both sides. Analysts and government officials from many nations have regularly cited the US-China trade dispute as one of the key reasons for the recent slowdown in global economic growth.