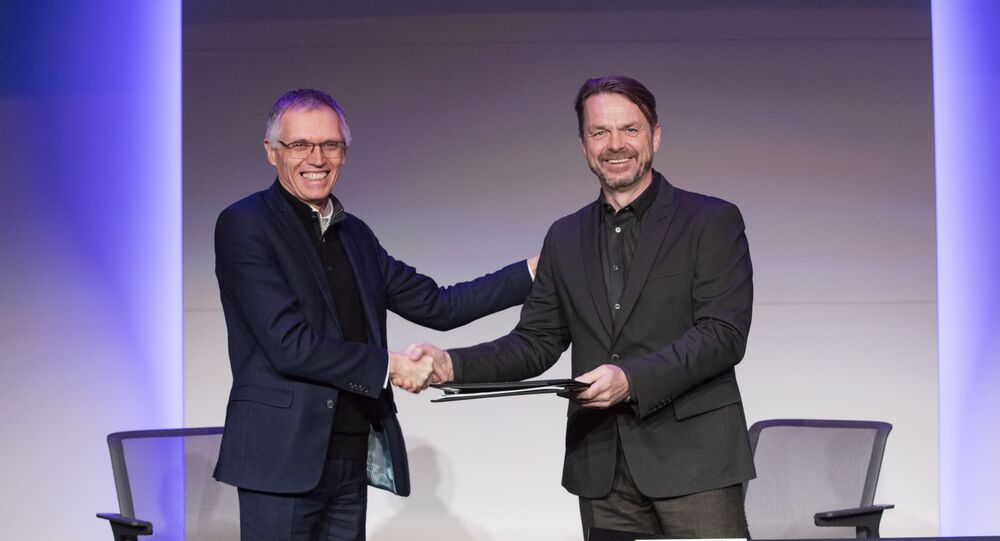 The leaders in the European motor industry have agreed to merge, putting decades of competition behind them in a move set to reshape international markets and usher in a new era of renewable fuel models.

Both automakers had signed a "combination agreement" to become an "industry leader" capable of investing in new technologies and producing on a larger scale, according to a press release.

The merger aims to transform the motor industry and hopes to develop vehicles with "enhanced electrification, connectivity and autonomous-driving characteristics", FCA said.

The new group would earn recurring operating profits over €11bn (£9.35bn), with 8.7m in vehicle unit sales. Company shareholders will own a 50 percent stake in the merged group.

No plant closures have been planned to date, and the merger is expected to save €3.7bn in profits via "annual run-rate synergies", FCA said. Both companies hope to complete the merger in 12 to 15 months.

Fiat Chrysler CEO To Remain On Board After Merger

A letter addressed to FCA workers on Wednesday announced the binding agreement, with Mr Elkann stating he was "delighted" that PSA chief executive Carlos Tavares would lead the combined group.

Mr Elkann said: "And Mike Manley, who has led FCA with huge energy, commitment and success over the past year, will be there alongside him.

Mr Elkann will chair the combined group and Mr Manley's position remains unconfirmed, with the former adding that both parties would work "tirelessly and determinedly" to meet the requirements to finalise the merger.

Carlos Tavares said that the merger was a "huge opportunity" to strengthen the combined group's position in the auto industry to transition into "clean, safe and sustainable mobility".

He added: "I have every confidence that with their immense talent and their collaborative mindset, our teams will succeed in delivering maximized performance with vigor and enthusiasm.

Mike Manley said that both FCA and Groupe PSA have "faced the toughest of times and have emerged as agile, smart, [and] formidable competitors.

He added: "Our people share a common trait - they see challenges as opportunities to be embraced and the path to making us better at what we do.

The announcement comes after talks between Fiat Chrysler and French automaker Renault stalled in June, with Fiat Chrysler proposing at the time a "merger of equals". News of the failed talks was slammed by then Italian deputy prime minister Luigi Di Maio, who accused French authorities of "political interference" and added that "political conditions in France" did not "exist" to facilitate the deal. The French government, who owns 15 percent of Renault shares, had said that it had conditionally approved the talks but warned against hastening the merger.