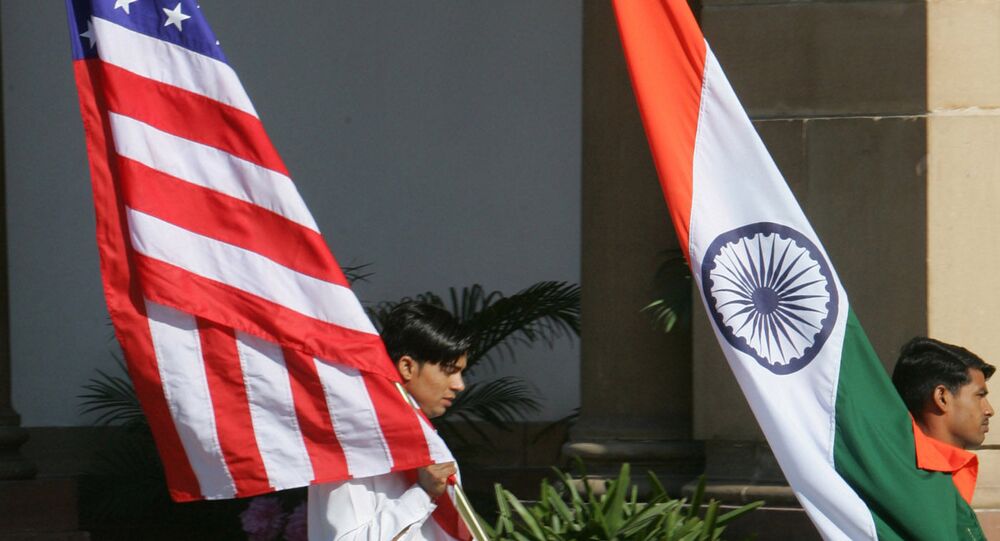 New Delhi (Sputnik): After withdrawing from the China-led Regional Comprehensive Economic partnership (RCEP), India plans to mend trade ties with the US and take up pending trade issues this week.

Indian Commerce Minister Piyush Goyal will meet his US counterpart Robert Lighthizer on Wednesday and discuss pending India-US trade issues. The two nations are likely to finalise a trade deal as per indication already given by New Delhi last month.

The US removed India from the Generalised System of Preferences (GSPs) in June this year, after which India imposed retaliatory tariffs on US imports.

The GSP is the largest and oldest US trade preference programme, launched in 1974 to provide opportunity for developing and under-developed nations to use trade to grow their economies.

“Talks between Goyal and Lighthizer may result in finalising the trade deal. Both India and US are nearing a breakthrough on some of the issues pertaining to trade,” a source close to the development told Sputnik.

Indo-US trade tensions deepened when the US announced the removal of India from the GSP regime in June this year. In response, India imposed retaliatory tariffs on 28 US imports. The matter is now being adjudicated by the World Trade Organisation’s dispute settlement body.

“India is likely to push for a complete restoration of the GSP. US side had been indicating a partial restorations but India will make a case for full restoration,” said an official from the Indian commerce ministry.

The US, too, has already indicated that it is interested in making progress on trade talks with India. During the RCEP meeting last week in Bangkok, US Commerce Secretary Wilbur Ross had said, “There is nothing irreversible about the GSP decision. We are eager to hear it. And hopefully things can be dealt with. We are eager to make further progress with India on that topic.”

Earlier this month, Prime Minister Narendra Modi announced India's decision to opt out of the 15-nation Regional Comprehensive Economic Partnership (RCEP) agreement due to its key concerns not being addressed.