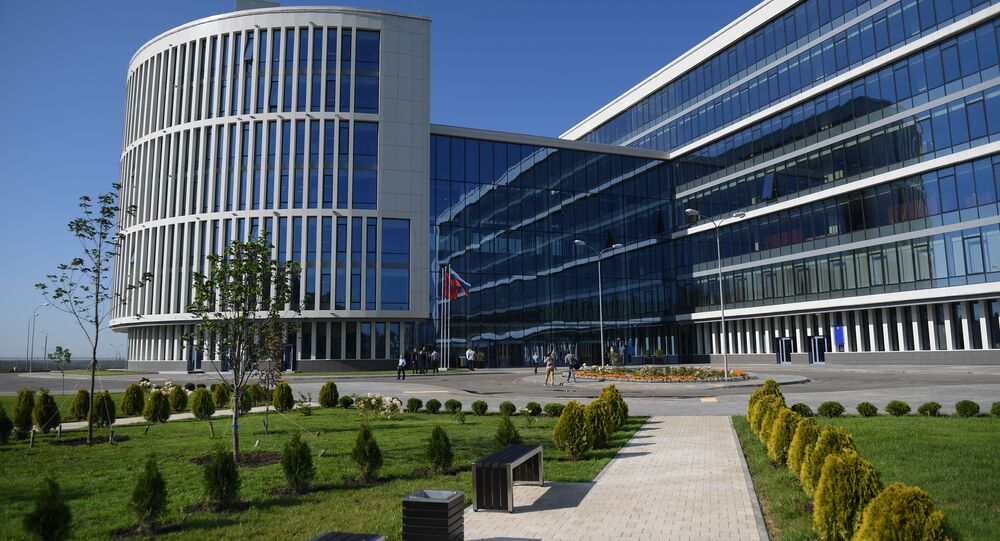 MOSCOW (Sputnik) - Russia's Federal Tax Service (FTS) questions the data that the World Bank's team behind the Doing Business Ranking used in its assessment of the country and would like the World Bank to look into the situation, the agency said.

In 2019, Russia moved up to number 28 — from number 31 — on the Ease of Doing Business index, but, according to the tax agency, the data cited in the index is very different from the information gathered via polls and independent experts.

One of the criteria used for the index is how long it takes to file taxes. According to the World Bank, businesses in Russia will spend 159 hours per year on average doing this. Meanwhile, polls among clients of 1C — one of the major accounting software developers —show that this is more likely to take 32 hours. FTS polls based on the index methodology suggest 10 hours.

"The differences on this call into question the original data from the respondents," the FTS said. The agency sent a request to the World Bank but never received any answer substantiated by facts.

According to the researchers, the number of taxes that businesses have to pay grew from seven to nine after the FTS became tasked with handling insurance premiums. However, the tax agency pointed out that social security payments used to be collected by three organisations. Now, only one agency is handling them, and three payments can be put on one filing form. The index team has not taken into account the fact that this change saves time, the FTS said.

"The amount of payments has not increased, but a taxpayer has fewer agencies to deal with", the head of the tax policy at the Economics Department of the Moscow State University, Kirill Nikitin, said.

There were some inconsistencies regarding the registration of a business as well. The World Bank did not take into account the fact that state registration became free of charge when paperless. Meanwhile, more than 50 percent of new companies are filing online, according to FTS.

The index team similarly ignored the fact that seals stopped being obligatory for certain types of companies.

"In the last 10 years, Russia has made an incredible leap in the ranking from placing in 200 range to the first 50, and it is, above all, thanks to the tax agency, the FTS", Nikitin said.

The expert questioned the World Bank's use of data from anonymous respondents.

The World Bank questioned 228 respondents, 22 of whom answered questions on paying taxes. The FTS remarks that most of them were international consulting companies, but the index team provides no information on them. At the same time, the Russian authorities have never asked for their personal information.

"The ultimate value is in de-personified data on how the Russian tax system functions, which is used as the basis for this index results. This would have helped Russia's FTS carry out an analysis and, if needed, change the legal framework and tax administration, thus improving the business environment and the country's ranking", the FTS said.

The agency said it had been cooperating successfully with the World Bank and knew that its specialists had expert knowledge on the best global practices. The FTS added that it regretted "the absence of an informative professional dialogue" with Doing Business team on taxes.