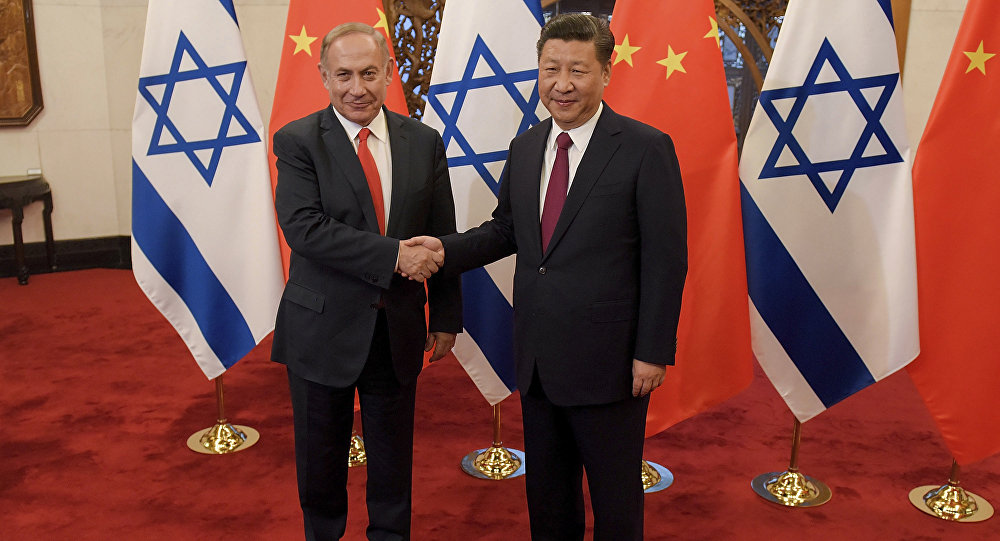 In June, the US Senate Armed Services Committee passed a bill to express “serious security concerns” over a contract allowing an unnamed Chinese company to operate in the Israeli port of Haifa, which has regularly hosted joint US-Israeli drills.

The Chinese company Hutchison has made it to the final stage of a tender to build a new water desalination plant in Israel despite US warnings, the Israeli newspaper Haaretz reports.

The plant dubbed Soreq B. is expected to be constructed in a security sensitive area adjacent to the Palmachim air base and the Soreq Nuclear Research Centre.

Earlier, the head of the Israeli Defence Ministry’s Security Authority Nir Ben-Moshe sent a letter to the country’s Finance and Energy Ministries, in which he specifically warned against doing business with China that stipulates construction involving sensitive security sites.

The ministries rejected Ben-Moshe’s concerns, claiming in a statement that Hutchison is “an Israeli company indirectly owned by a Hong Kong-based company.”

They recalled that Hutchison is already active in Israel and that the company is operating the Soreq A. desalination facility, which is similar to Soreq B. in terms of characteristics and location.

“Therefore, the ministries do not see how Hutchison's participation in the new tender is different from the company’s current activity in the country,” they added.

The statement came after the Jerusalem Post cited an unnamed senior US official as saying last month that Israel’s move to create an oversight mechanism for Chinese investments is of great importance to the development of Israeli-US relations.

“That doesn’t mean ‘no China’, but it means that you’re watching very closely the nature of Chinese investment and making sure that we preserve Israel’s innovation and technological edge, which is what has been such an extraordinary driver of the Israeli economy,” the official stressed.

They move comes after Israeli Prime Minister Benjamin Netanyahu called for more discussions on establishing a mechanism for monitoring Chinese investments in Israel so that it can meet Washington’s demands.

US Senate Concerned Over Chinese Firm’s Possible Operation in  Haifa

In June, the US Senate Armed Services Committee passed a bill to express “serious security concerns” over a contract allowing an unnamed Chinese company to operate in the Israeli port of Haifa, which has regularly hosted joint US-Israeli drills and has long been a docking point for the US Sixth Fleet.

The legislation also noted that US authorities should “urge the government of Israel to consider the security implications of foreign investment in Israel,” without, however, directly naming China.

During a meeting with Netanyahu at the White House in March, US President Donald Trump reportedly made it clear that if Israel does not cut its ties with China, then security cooperation between Washington and Tel Aviv may be reduced.

The developments come amid the ongoing trade spat between Beijing and Washington, which escalated last month when Trump announced that Washington would raise the existing tariffs on $250 billion worth of Chinese goods from 25 percent to 30 percent as of 1 October. As of 1 September, US levies has been increased from 10 percent to 15 percent on another $300 billion worth of Chinese goods.