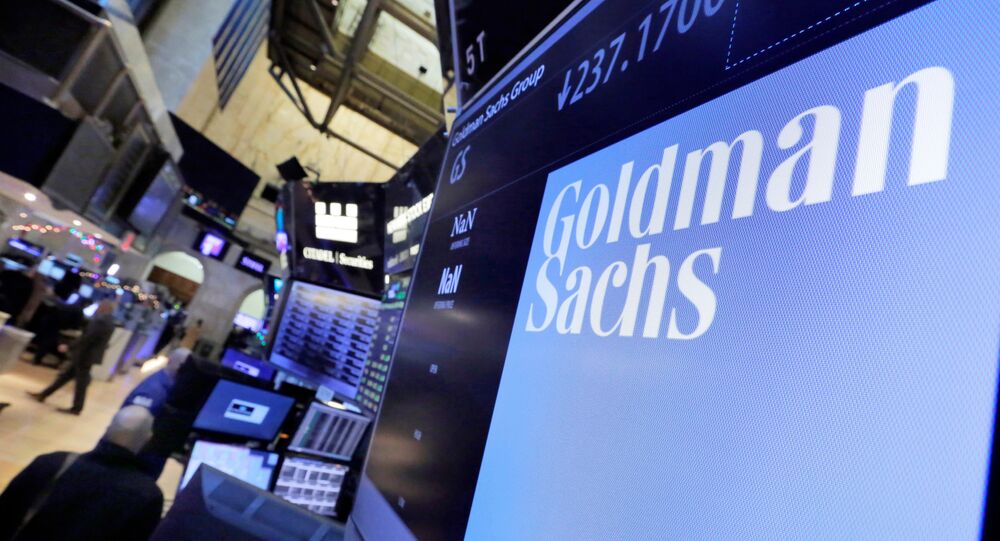 Economists are debating whether the US central bank will acknowledge President Donald Trump's calls for lower interest rates to boost economic activity, or if the Fed will decide to continue its current course towards a normalisation of its monetary policies.

Kristian Rouz – American investment bank Goldman Sachs says it expects the Federal Reserve to end its monetary tightening cycle, and bring down base borrowing costs twice this year. The anticipated reversal in the US central bank's policy course would spur economic growth and business activity, and would also fall in line with President Donald Trump's previous calls for rate cuts.

During its policy meeting Wednesday, the Fed decided to keep rates unchanged for now, at the targeted range of 2.25-2.5 per cent. Yet, the central bank dropped the word 'patient' from the description of its approach to monetary policies – suggesting changes are possible soon.

Shortly after the meeting, Goldman experts released a research note saying the Fed will end its quantitative tightening policy in July. The analysts said financial markets have already priced in two Fed cuts this year, which could take place either in July and September or in September and December – depending on the performance of the US economy.

Goldman Sachs now expects the Fed to cut interest rates by 25 basis points in both July and September https://t.co/C0zxh67OrO

​Other economists tend to agree with Goldman's assessment, saying global trade tensions and structural issues in the US economy itself could require some accommodation on the monetary policy side.

"The Fed didn’t surprise investors with the decision to maintain rates, but the split vote tells us that a cut is on the way and it’s increasingly likely that it will be in July, as bond markets have been hoping", Neil Birrell of the Chicago-based investment advisory Premier Asset Management said.

Economists still aren't quite sure how deep the Fed's possible rate cuts could be if such moves indeed take place.

The central bank has been tightening its policies since December 2015, lifting off base borrowing costs for commercial US banks from 0.00-0.25 per cent to 2.25-2.50 per cent, and cutting its holdings of commercial bonds.

"The bond market is already discounting a 32 basis point rate cut at the July meeting, and if expectations continue to creep toward 50 basis points", Goldman economists wrote.

Many economists have said Fed rates are still in accommodative territory, as the so-called 'neutral rate' – the level of borrowing costs that neither supports nor hinders the pace of GDP growth – is around 3 per cent in the present-day US economy.

Over the past few months, economists have debated whether Fed rates would go above the 'neutral' level, and how soon that would happen.

🇺🇸Fed confusing policy rate forecast (median). Fed members expect rate cuts in 2020 and rate hikes again in 2021. Also interesting; neutral rate adjusted downwards by 0.3%-points to 2.5% (this level is the same as I see as the benchmark for US monetary policy). pic.twitter.com/XwxYtOWs7L

​Trump intervened earlier this year, saying the Fed's rates are 'too high', and are holding back US economic growth. Trump has repeatedly called for the rates to go down to boost business activity and improve public perception of the economy.

This is because the Euro and other currencies are devalued against the dollar, putting the U.S. at a big disadvantage. The Fed Interest rate way too high, added to ridiculous quantitative tightening! They don’t have a clue! https://t.co/0CpnUzJqB9

​Fed Chair Jerome Powell appears to have heard Trump's calls, but central bankers are also concerned the disruptions in global trade could hurt US economy – and the rates would have to go down to make up for the GDP percentage points lost to international turmoil.

Goldman experts say the Fed could cut rates by as much as 0.5 per cent at once – as opposed to the previous hikes, which never exceeded 0.25-percent each.

"The FOMC might well deliver a 50 basis point cut for fear of disappointing the market, even if the economic data does not paint a particularly worrisome picture", Goldman analysts wrote.

Yet, economists also say the Fed may not cut its rates after all.

​In its own statement, the Fed said US inflation is still underperforming and slashed its outlook on price growth this year to 1.5 per cent from the 1.8 per cent expected previously. The Fed's inflation target is set at 2 per cent, and lower interest rates could help achieve that goal.

The Fed also said the degree of global economic uncertainty has increased over the past few months. Officials said, however, that the US economy is set to expand at a solid and sustainable pace this year and the central bank will "act as appropriate to sustain the expansion".