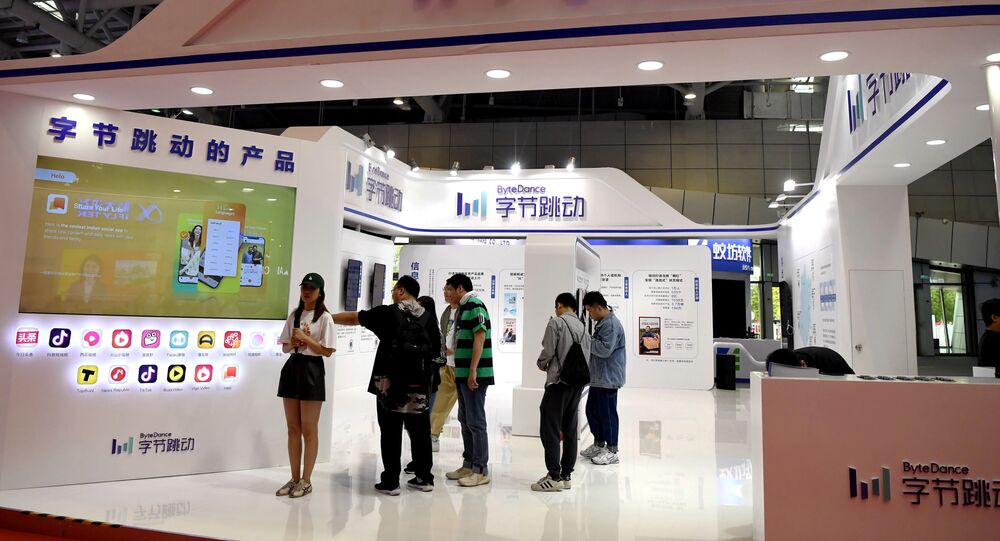 TikTok, a leading short video sharing platform in Asia, the United States, and other parts of the world, was launched in 2017 by ByteDance, for markets outside of China.

"Chinese ByteDance will be engaged in hardware — the development of its own smartphone," according to the the Financial Times.

It is explained that ByteDance plans to release a phone with its own pre-installed applications, including news feeds, video platforms and games, in order to further expand its reach. The move is being made as Chinese technology companies are concerned about the effects of US export bans on Huawei and are trying to support themselves with their own equipment.

© AFP 2019 / FRED DUFOUR
Huawei's Fate Hanging in Balance Amid 'Tariff Man' Trump's Trade War – Scholars
The publication notes that the company has already acquired a number of patents from a Chinese gadgets manufacturer, Smartisan, and also hired several of its employees.

ByteDance is estimated to be worth $75 billion, which makes it one of the largest startups in the world. In March, the number of downloads of its TikTok app exceeded 1 billion. TikTok allows users to create short videos, live broadcasts and exchange messages.

Earlier, US President Donald Trump issued an executive order adding Huawei and 70 affiliates of its affiliates to a trade blacklist, thereby restricting its business activity in the US and with American companies.