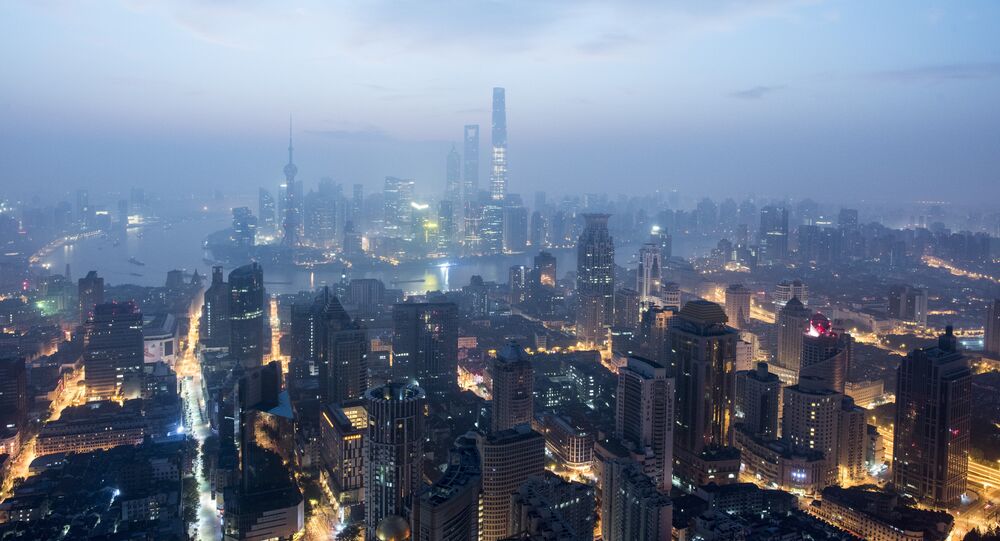 Beijing will lower taxes paid by tech companies in an effort to offset the damage wrought by the growing trade war with the US, Chinese Vice Minister of Industry and Information Technology Wang Zhijun said on Friday. The move comes amid talk in Washington of adding more Chinese firms to the “blacklist” Huawei was put on last week.

Wang told press at a State Council briefing Friday that Beijing would act to financially support Chinese tech companies and encourage "basic research" with a set of financial incentives, Xinhua reported. According to South China Morning Post, that includes a two-year waiver on corporate tax payments for software developers and integrated circuit makers and a three-year reduced tax rate of 12.5% after that.

"Recently, the US has taken a series of measures to crack down on Chinese companies for political purposes," Wang said. "[But] it is in fact a good thing for Chinese firms. China's manufacturing upgrade requires a breakthrough in key and core technologies; we need to speed up the process."

"We will strengthen the strategic guidance at the national level, devote more resources to achieving a breakthrough in core technologies, and create a market environment for fair competition," Wang said. "At the same time, the government will increase its financial support for basic research… and encourage companies to devote more resources to it."

SCMP noted that the emphasis on "basic research" aims at ensuring Chinese technological independence by producing the academic foundations of industrial processes within the country itself.

Wang's comments come amid a tense situation between Beijing and Washington, with the Trump administration threatening additional tariffs on Chinese imports in the future, as well as the blacklisting of more Chinese tech firms.

Last week, Shenzhen-based Huawei Technologies was put on a US Department of Commerce "blacklist," frustrating the company's ability to buy equipment from partners in the US and shutting down its access to the 5G internet provider market there. Since then, multiple US allies have followed suit, with Japanese cell phone providers announcing they were seeking new partners to replace Huawei, and several European governments also denying the company access to their 5G networks.

While China leads the world in 5G internet access, it's heavily dependent on the more advanced equipment made by US manufacturers — a big reason why the Commerce Department targeted it the way it did.

"The technology blockade by the US is escalating, and China has to do something in the technology area if it wants to rise as a superpower," Dai Ming, a fund manager at Shanghai Hengsheng Investment Management Co., Ltd., told SCMP earlier this week.

© AP Photo / Kin Cheung
US Fears Eclipse by Huawei, But Doesn’t Have the ‘Clout’ to Stop China’s Rise

A similar situation last year resulted in Chinese tech giant ZTE paying a $1.4 billion fine and replacing its entire board of directors after the US sanctioned the firm, which bought its core components from US firms like Intel and Qualcomm. ZTE was sanctioned for violating US trade restrictions on business with Iran and the Democratic People's Republic of Korea.

What's more, on Wednesday, US Treasury Secretary Steve Mnuchin said the US was weighing another $300 billion of tariff hikes on Chinese imports in the next few months if no trade deal is reached with Beijing by then.

The tariffs are certainly starting to have an effect. Reuters noted that both the American and Shanghai Chambers of Commerce had reported upwards of three-quarters of their members said their competitiveness was hurt by the tariffs and that 40% of their members had either relocated their manufacturing facilities outside China or were considering doing so.

Global Times
Tesla’s Shanghai Gigafactory on The Rocks, But Not on the Building Site (VIDEO)

One of the major hurdles in a prospective US-China trade deal to lower the tariffs is the heavy state support provided to Chinese firms. The US alleges this provides Chinese companies with an unfair advantage, especially since US penetration of the Chinese domestic market is limited — something else Washington would like to change.

However, Beijing has made clear it's unwilling to budge on that point. China's state-owned enterprises (SOEs) are a key leverage point for the socialist government over the economy, which it uses to keep the economy stable and to drive growth in desired fields by giving SOEs preferential access to loans, among other benefits.

China is home to 109 Fortune 500 corporations, but only 15% of them are privately owned, according to the World Economic Forum. However, the State-owned Asset Supervision and Administration Commission (SASAC) has been consolidating SOEs since 2003, selling off shares the government has a stake in and forcing mergers and acquisitions of others.

In 2014, Chinese President Xi Jinping introduced the China National Integrated Circuit Industry Investment Fund, known colloquially as "The Big Fund," to drive indigenous technological development as well as acquire foreign patents and designs. Then in 2015, Chinese Premier Li Keqiang introduced the "Made in China 2025" strategy, intended to make China a global leader in 10 key industrial sectors, such as microchips and semiconductors, with the aim of reducing dependency on foreign technology.

During a visit to Jiangxi Province earlier this week, during which he toured several factories, Xi encouraged public and industry leaders to strive for innovation and self-reliance, but also to prepare for a long struggle.