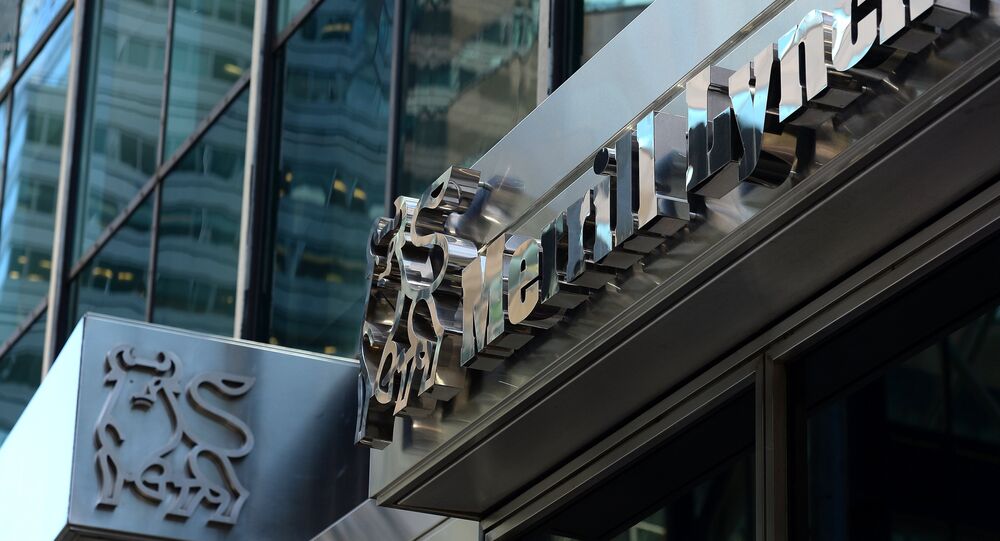 Emerging market (EM) stocks and currencies are under pressure amid the lack of investment stemming from elevated trade tensions between China and the US, as well as rife uncertainty over the future of Sino-American trade.

Kristian Rouz — Financial markets across many developing nations are struggling to attract capital amid the ongoing trade stand-off between China and the US. The most recent round of escalation, America's 25 per cent tariffs on $200 bln worth of Chinese goods, sparked another rout in emerging market stocks this outgoing week.

© CC BY-SA 2.0 / Keith Skipper / CSCL Globe
China May Disrupt Indian Market Amid Trade Tensions With the US - Fitch
This, in turn, threatens to undermine investor confidence in developing nations, particularly, in the non-financial sector, which could reduce their broader GDP growth prospects.

According to the MSCI Emerging Markets Index, stock markets across most prominent developing nations declined by an average of 3.7 per cent this month so far. A majority of investors are citing these nations' exposure to trade with both the US and China.

They say higher tariffs and a regulatory crackdown on bilateral trade on both sides of the Pacific will have significant spillover effects for third-party countries, the majority of them in the developing world.

Another concern is that investors don't expect a trade agreement between the US and China to be concluded anytime soon. There is little clarify of either side's plans, and contradictory reports make the situation even more uncertain.

"There are no deadlines," Alejandro Cuadrado of the New York branch of BBVA Compass Bancshares, Inc. "Emerging currencies are starting to be quite cheap, but demand will be limited with uncertainty and the fact that even when we were pricing more benign scenarios, they didn't perform."

© AP Photo / Pablo Martinez Monsivais
Trade Talks Between US and China Have Stalled – Reports
Indeed, a handful of EM currencies have either devalued over the past few months, or are facing downward pressure against their major peers — due to the reduced availability of investment capital, and the rising US borrowing costs.

However, cheaper stocks and weaker national currencies make emerging nations more competitive in international trade. The problem is, the threat of disruptions in global trade makes the exchange in goods and services a riskier, and less profitable, endeavour, with many companies reducing their supply chains and seeking domestic substitutes to cut exposure.

Meanwhile, one of the leading global financials, Goldman Sachs Asset Management, recently rolled back their holdings of emerging market bonds and currencies, citing the trade tensions as well. Goldman said it would consider returning to emerging markets after the China-US tensions subside.

"We have scaled back overweight exposure to EM currencies and EM debt until we gain clarity on the direction of travel for both US-China trade relations and global growth, with the two being interconnected," Goldman experts said in a note.

© AP Photo / Andy Wong
China to Emerge Victorious From Trade War With US – Foreign Ministry
This might suggest clouds could be gathering over countries excessively reliant on external borrowing or foreign trade. For example, the ongoing economic recessions in Argentina and Turkey started with crises in their respective national currencies last summer.

Both countries had significant public and private debt in US dollars, and when US interest rates went up, Argentine an Turkish economies went down.

US-Chinese trade tensions are threatening to repeat that scenario in other, more sustainable, EM countries.

"We continue to see the near-term risks for EM as tilted to the downside, and the risk of additional tariffs being implemented is rising," a team of Morgan Stanley experts led by James Lord said in a note.

However, some experts believe the majority of emerging markets will remain stable until — and unless — the US-China tensions escalate into a full-fledged trade war. That scenario appears to be unlikely as of yet, and economists believe the ongoing 'low-key war of attrition' won't take a huge toll of EM countries.

"The latest escalation in trade war tensions between the US and China is merely a negotiating tactic to extract concessions ahead of a deal," Jane Brauer and Lucas Martin of Bank of America Merrill Lynch said. "We think EM spreads will not widen much more while markets wait for the outcome of the negotiations."

For their part, Goldman experts say some emerging markets still have lucrative investment opportunities in sectors not affected by the US-China dispute.

Still, rife uncertainty surrounding the future of trade between the world's two largest economies is weighing on investor sentiments worldwide. Some market participants believe there could be more volatility to come, while many developing nations are lacking sources of growth if cut off foreign borrowing and investment going forward.

Trade Talks Between US and China Have Stalled – Reports