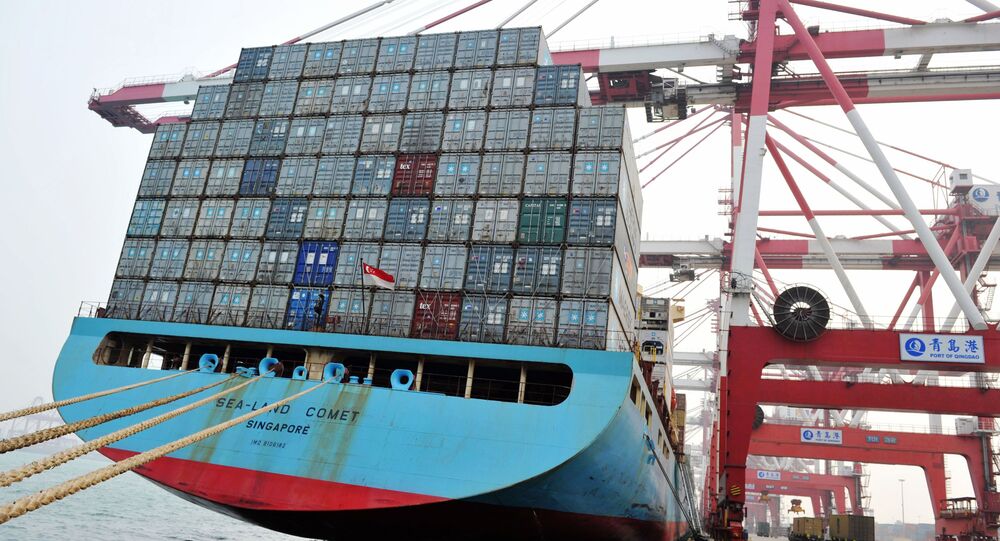 Earlier, the US raised tariffs from 10 percent to 25 percent on $200 billion worth of Chinese goods ahead of a second day of trade talks between top Chinese trade negotiator Liu He and US officials in Washington.

Friday's second day of talks between Liu, US Treasury Secretary Steven Mnuchin and US Trade Representative Robert Lighthizer wrapped up before lunchtime, lasting about 90 minutes.

"They were constructive discussions," Mnuchin said, speaking to reporters outside Lighthizer's offices, according to CNBC. The secretary confirmed that talks were done for the day.

Sources familiar with the discussions told the business resource that little progress had been made on a trade deal during the two days of talks, with Liu expected to leave Washington later Friday.

Hu Xijin, editor in chief of the Global Times newspaper, tweeted citing an "authoritative source" that the talks "didn't break down" and that the two sides agreed to meet again in Beijing at some unspecified date in the future.

I learned from authoritative source that China-US trade talks didn't break down. Both sides think that the talks are constructive and will continue consultations. The two sides agree to meet again in Beijing in the future.

Ahead of the talks,  Donald Trump fired off a series of tweets in which he claimed that the higher tariffs would "bring far more wealth to our Country than even a phenomenal deal of the traditional kind," adding that it was "much easier and quicker" to impose tariffs than to negotiate a deal.

Tariffs will bring in FAR MORE wealth to our Country than even a phenomenal deal of the traditional kind. Also, much easier & quicker to do. Our Farmers will do better, faster, and starving nations can now be helped. Waivers on some products will be granted, or go to new source!

Trump added that there was "absolutely no need to rush" on removing the tariffs, saying that these "massive payments" from China to  the United States went "directly to the Treasury."

Talks with China continue in a very congenial manner — there is absolutely no need to rush — as Tariffs are NOW being paid to the United States by China of 25% on 250 Billion Dollars worth of goods & products. These massive payments go directly to the Treasury of the U.S….

The president also warned that the process had started to place "additional tariffs at 25% on the remaining $325 billion dollars" in Chinese imports, indicating that the US-China trade imbalance worked in Washington's favour.

The US' tariff increase stepped into effect at 12:01 am EST, affecting over 5,700 categories of Chinese products, including internet modems, circuit boards, furniture, lighting, car parts, building materials, household appliances, and dozens of other categories of goods.

The US and China have been engaged in a trade war since June 2018, when President Trump announced 25 percent tariffs on $50 billion worth of Chinese goods. Since that time, the two countries have exchanged in several rounds of back and forth tariff hikes. China promised to respond to Friday's tariffs as well, but has yet to specify how it will do so.

China 'Fully Prepared' for Any US Actions Related to Tariffs