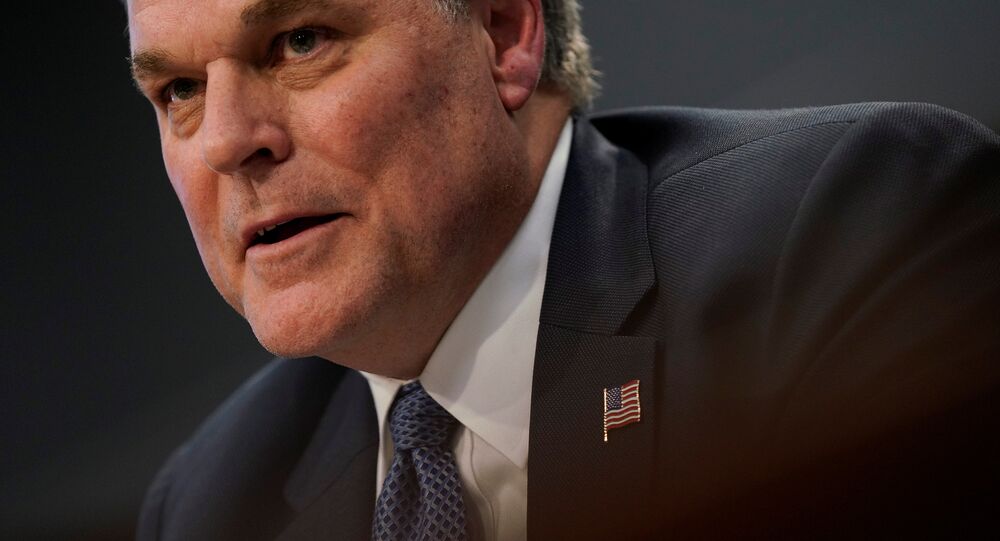 The US Internal Revenue Service, tasked with releasing the tax returns of US President Donald Trump to the Congressional House Oversight Committee, opted again to ignore the demand, even as the IRS chief has now been outed as owning Trump-branded real estate in Hawaii.

© REUTERS / Jonathan Ernst
Good One: Sarah Sanders Says Lawmakers Too Dumb to Understand Trump Tax Returns
Appointed by Trump in February 2018, IRS Commissioner Charles Rettig has financial interests tied to one of the president's real estate brands, in particular, a 50-percent control of two rental units at a Trump-branded property in the city of Waikiki, on the Hawaiian island of Oahu.

Rettig, during his confirmation hearings, did not disclose his co-ownership in the Trump-branded property, a multi-million dollar investment that has seen profitable returns for the IRS head and his family according to reports.

Valued at some $1.2 million apiece, the market value of the two properties also benefited from a carefully-staged promotional appearance by the US president at the location during a diplomatic junket in 2017, according to the Washington Monthly.

© AP Photo / J. Scott Applewhite
Mnuchin Says Will Give 'Final Decision' on Trump Tax Returns by 6 May - Report
The IRS chief has currently ignored two separate requests to turn over Trump's tax returns to the US House Oversight Committee, raising fears on Capitol Hill that Rettig's financial ties to a profitable Trump-branded property are a glaring ethics violation hiding behind presidential loyalty, according to the magazine.

Rettig's apparent refusal to give Trump's tax records to Congress has sparked strong reaction in the Twittersphere. Trump's former ally and the ghostwriter of the president's loosely-factual The Art of the Deal autobiography provided perspective.

Beltway pundits note that Rettig's initial failure to disclose his significant financial interests in Trump-branded properties during the former's confirmation hearings give the appearance of the presidential appointee having something to hide, according to the Washington Monthly.