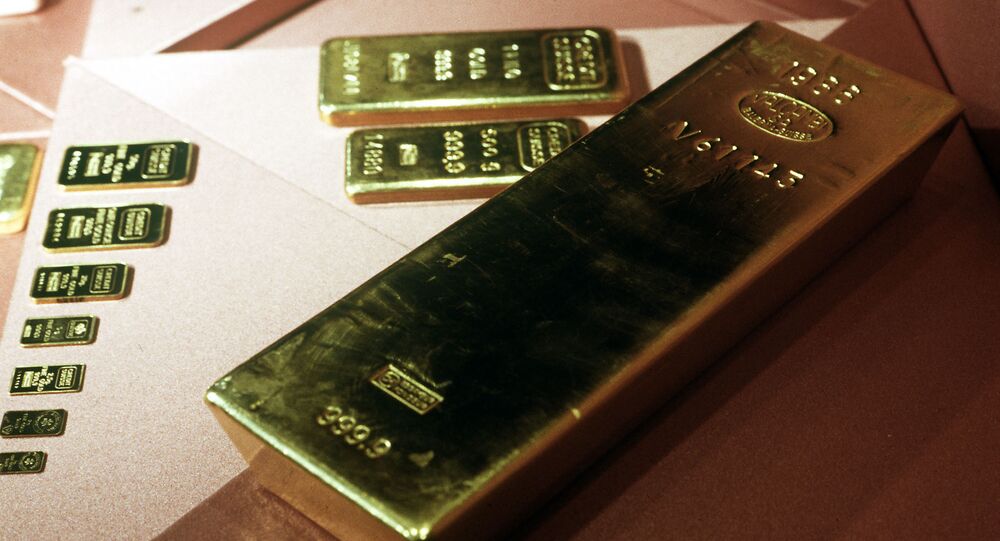 Russia's gold buy-up seems to show no signs of stopping, with the central bank adding 18.66 metric tonnes of the precious metal to its coffers in March, newly-released bank figures have revealed.

The purchase increased Russia's total gold holdings by 0.87 percent, bringing total to 2,167.91 tonnes of the precious metal as of 1 April.

The new purchases continue a trend established at the start of the year, with Russia buying a whopping 31.1 tonnes in February, adding to 6.22 tonnes purchased a month earlier. Russia has now bought some 55.98 tonnes of gold in the first three months of 2019, putting it well on track to matching the average 200+ tonne purchase made annually over the past half-decade.

© Sputnik / Iliya Pitalev
Will Gold Standard Make a Comeback Soon as Nations Losing Trust in Fiat Money?
Russia displaced China to become the fifth-largest holder of gold bullion late last year, with Russian reserves quickly approaching third and fourth place holders Italy and France, who have an estimated 2,451.8 and 2,436 tonnes of gold respectively, according to the World Gold Council. The US and Germany remain comfortably entrenched in the top two, possessing 8,133.5 tonnes and 3,369.7 tonnes, respectively.

Gold now accounts for nearly a fifth of Russia's total foreign exchange reserves, replacing the dollar, which dropped from 46 percent of total reserves in mid-2017 to 22 percent by early 2019. Economists have indicated that Russia would drop even more of its greenbacks if it weren't for the currency's favoured status in international trade.

The build-up of Russia's gold holdings has taken place over a relatively short period of time, with the central bank having just 267.28 tonnes of the precious metal in its coffers in 1993, and reserves remaining below 1,000 tonnes until 2014. Since then, holdings have gone up steadily by 200+ tonnes a year (including a record 275-tonne buy-up in 2018).