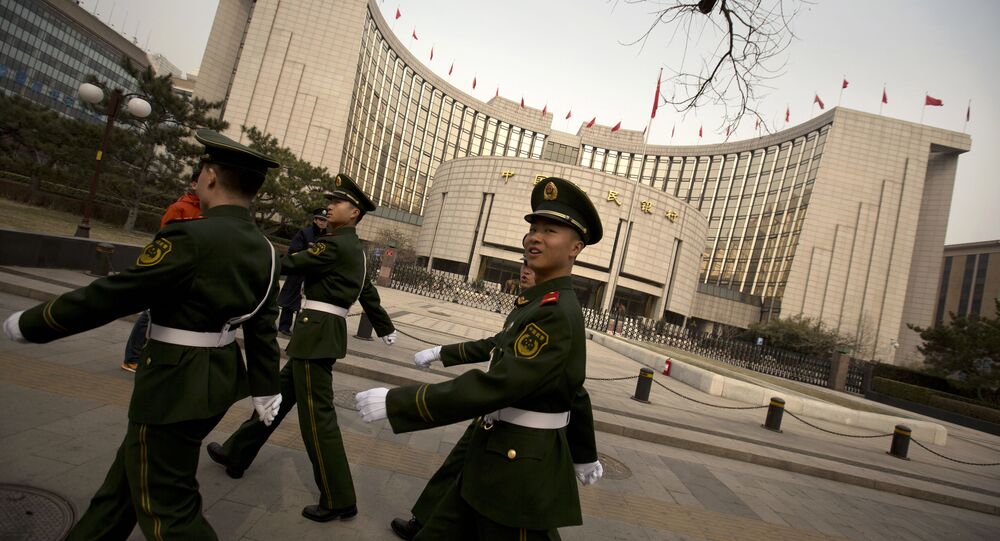 The number-two official at the People's Bank of China (PBOC) has reaffirmed Beijing's commitment to economic reforms aimed at deepening China's integration into the global economy, which, e says, are based off the principles of multilateralism, free trade, and open-market competition.

READ MORE: Trump Calls Jimmy Carter, Voices Concern ‘China is Getting Ahead of Us' — Report

In a statement to the International Monetary Fund (IMF), Chen said Mainland China's economy is 'generally stable'. The central banker said the PBOC will maintain its monetary policy framework, leaving it generally unchanged this year, and keep the renminbi's FX rate stable and in line with macroeconomic fundamentals.

"Prudent monetary policy will be neutral in general," Chen said. "China will pursue a proactive fiscal policy with greater intensity and enhance its performance, focusing on cutting taxes and fees on a larger scale."

His remarks suggest the PBOC will likely abstain from cutting its base interest rates this year — a move anticipated by some economists due to China's lowered GDP growth projections.

Chen also criticised the US over bilateral trade frictions and amid ongoing talks. He urged the IMF to uphold its rules-based system of multilateralism in international economic relations, and warned against unilateral 'economic protectionism' — largely repeating previous statements from top Chinese officials.

"The protectionism of some countries has harmed mutual trust among countries, limited the scope for multilateral cooperation, and impeded the willingness to achieve it," Chen said. "Unilateralism and protectionism can only exacerbate domestic imbalances and impair necessary structural adjustments, which can negatively affect the countries concerned as well as global growth."

He said China would improve its economic regulations and support the pace of economic expansion without going deeper into debt — which would be, if implemented, a major development, as China has been reliant on elevated borrowing to stimulate growth over the past decade.

© REUTERS / Tyrone Siu
US Threatens to Scrap Ties With Allies Over Use of China’s Huawei Technologies
According to some estimates, China's total debt — including the liabilities of the central government in Beijing, private-sector companies, and regional governments — stands at 300 percent of GDP. This does not include the expansive 'shadow banking' industry, which has proven hard to estimate despite several attempts, including by the IMF.

Chen said the Chinese economy has slowed in the past few years, not least due to Beijing's efforts to boost accountability and transparency in domestic borrowing, including by companies and provincial governments. He also highlighted China's strong investment appeal despite the risks of disruptions in international trade, a cooling in the manufacturing sector, and slowing consumer demand.

"The stock market, which has seen a slack in the past few years, is showing signs of bottoming out and recovering," Chen said.

The central banker also expressed hope for a trade deal with the US, echoing an earlier statement from the IMF. The Fund warned that if China and the US don't strike an agreement, the entire global economy could suffer the consequences of a subsequent trade standoff.

"Uncertainties from trade frictions, the negative impact of tariff increases on trade, and the disruptions of global supply chains have gradually emerged," Chen said. "Trade friction can also dampen market confidence, which in turn amplifies financial market volatility and has an impact on economic growth."

He stressed China's ongoing opening up would create a 'win-win' situation for domestic companies and their international partners.