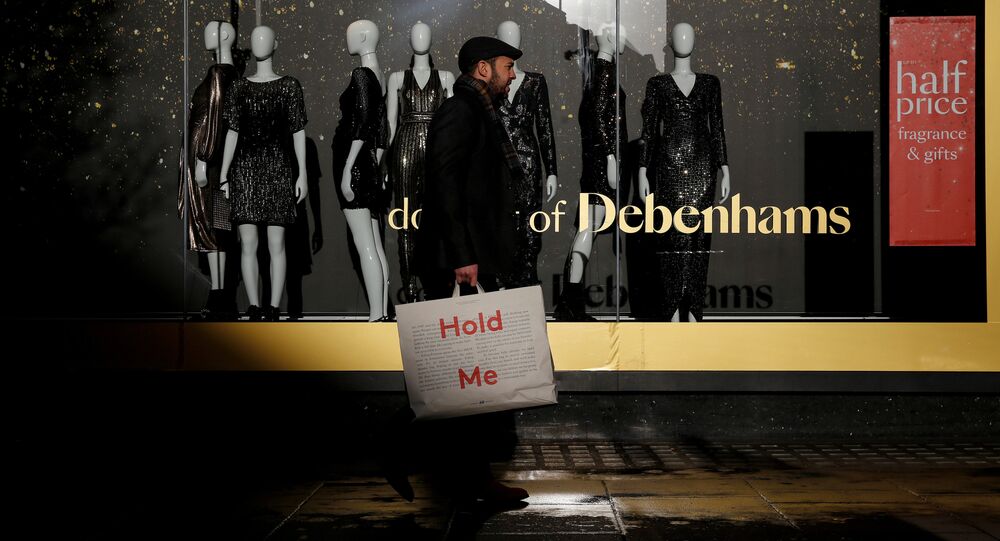 Mr. Ashley, who owns a 30 percent stake in Debenhams, offered a last-minute deal worth £200m to rescue the company, including an underwriting for equity insurance worth £150m, but was rejected by the department chain during negotiations.

Whilst stores across the UK are set to close, the franchise will continue trading on the London Stock Exchange, with shareholders including Mr. Ashley – who owns 30 percent of Debenhams stocks – being excluded from ownership.  Administrators from FTI Consulting were appointed and immediately sold Debenhams for £101.8m with debts around £520m plus company pensions. Debenhams has 166 stores with 25,000 employees across the UK, but suppliers and pension holders would not be "immediately" affected by the sale.

Debenham's stocks have nosedived in recent years, plummeting 24.6200 on 4 May to 1.8300 on Monday. The retailer reported annual losses of up to £492m and announced plans to shutter around 50 stores, affecting 4,000 jobs. The 240-year-old company is the latest in the ongoing high street crisis across the UK, with British Home Stores (BHS), Maplin, Poundworld, His Majesty's Voice (HMV), House of Fraser and many others falling into administration.