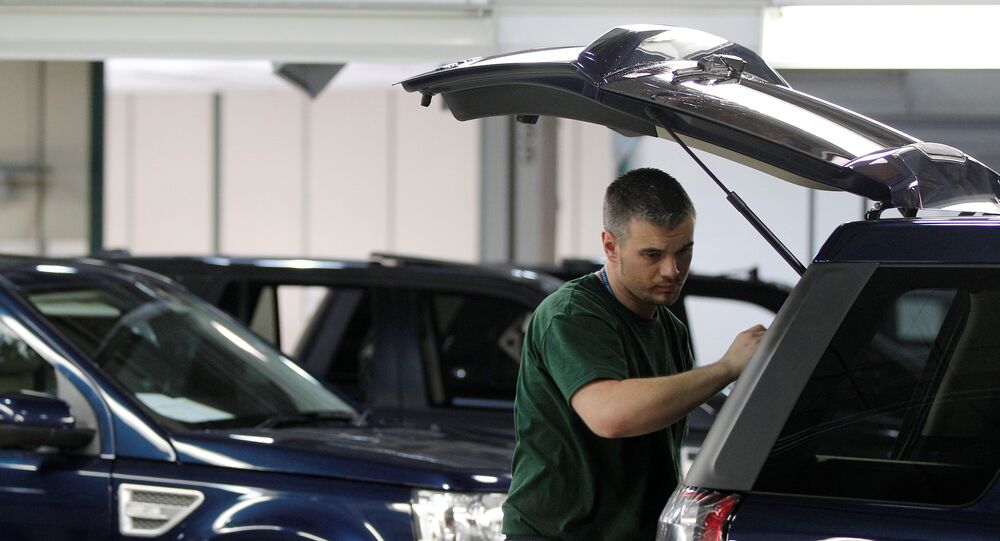 The company's four largest production plants at Solihull, Castle Bromwich, Wolverhampton in the West Midlands and Halewood in Merseyside will be closed from Monday to Friday, affecting roughly 18,500 employees.

UK automaker Jaguar Land Rover (JLR) has shut down its factories across the UK as part of its Brexit strategy, which it blames on lower sales in Europe and China. The news comes after Jaguar Land Rover agreed with employees in January to prepare for possible Brexit disruptions to production as the 29 March deadline approached.

UK Prime Minister Theresa May is also in negotiations with opposition leader Jeremy Corbyn to ink a Brexit strategy for an emergency European Council summit on Wednesday. The British prime minister wrote to European Council President Donald Tusk on Friday seeking a Brexit extension until 30 June. But if Mr Tusk rejects her proposal, or the UK fails to agree on a deal, the UK could leave the EU on Friday.

JLR factory workers will receive payment during production shutdowns, but will have to work the hours at a later time. 4,500 jobs were already slashed in January, as the firm aimed to reduce management roles in the company.

Unite's Solihull plant convenor, Mick Graham, said in a statement: "We had to make some plans to protect the business as best we could and we started talking about this in January.

"We knew we had to take reactive action to mitigate the potential effect of a bad Brexit or no-deal Brexit. Suppliers need notice to get their parts across to us. It was a prudent thing to do."

The shutdown comes as JLR implements its Project Charge and Project Accelerate strategies, with the former aiming to cut roughly £2.5bn in overhead costs in 18 months.

But whilst JLR blames weak sales in China, it has also mentioned that strong sales in North America, the UK and Europe reflected "continued demand" for its E-PACE and I-PACE models, with North America posting the company's "best ever February sales numbers".

© CC0
BMW May Axe Mini Crowley Plant over Looming No-Deal Brexit, Risking 4,500 Jobs
But analysts have accused JLR of deflecting, stating that the company had been "seriously mismanaged" in recent years, with runaway costs, poor-performing models and hedging programmes "costing it billions", with little accountability placed on managers.

The news comes after JLR released its full-year earnings report, with the automaker selling 578,915 vehicles, down 5.8 per cent from last year. Sales nosedived 8.2 per cent in March alone, with 11.4 per cent falling in Land Rover sales and Jaguar dropping 0.2 per cent.

Standard and Poor also downgraded the company's credit rating to B+ over Brexit concerns, Reuters reported in late March, with the company stating it was "disappointed" by the financial services firm's decision. "Jaguar Land Rover is continuing to execute its product plans and Project Charge turnaround strategy to deliver £2.5 billion of cashflow improvements by March 2020," JLR said in a statement.

'No Need for Speed': Make It Long, 'Purposeful' - Carmaker Honda on Brexit Delay

Brexit Impasse: What Does May Hope to Accomplish in Extra 3 Months?