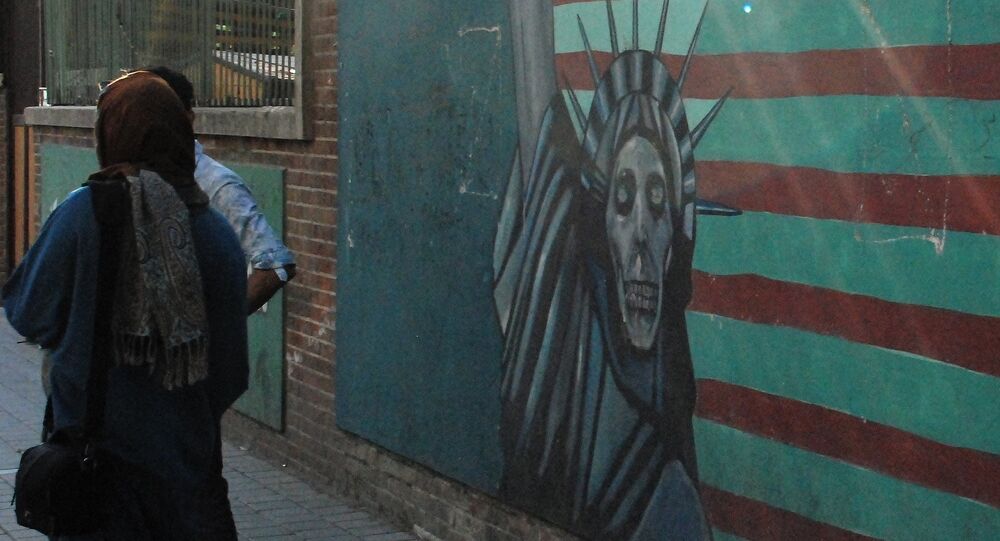 The United States has published a new list of vessels involved in illegal oil shipments, including more than 46 tied to Iran and Syria, the Treasury Department announced in an advisory on 25 March.

The US has decided to impose sanctions on nine more individuals and 16 organisations in Iran involved, according to Washington, in terrorist activities and the Iranian nuclear programme, the Treasury Department said in a press release.

"The U.S. Department of the Treasury's Office of Foreign Assets Control (OFAC) took action against 25 individuals and entities, including a network of Iran, UAE, and Turkey-based front companies, that have transferred over a billion dollars and euros to the Islamic Revolutionary Guard Corps (IRGC) and Iran's Ministry of Defense and Armed Forces Logistics (MODAFL), in addition to procuring millions of dollars' worth of vehicles for MODAFL", the release said.

READ MORE: US Navy Gets Access to Oman Ports Amid Iran Tensions — Reports

"We are targeting a vast network of front companies and individuals located in Iran, Turkey, and the UAE to disrupt a scheme the Iranian regime has used to illicitly move more than a billion dollars in funds. The IRGC, MODAFL, and other malign actors in Iran continue to exploit the international financial system to evade sanctions, while the regime funds terrorism and other destabilizing activities across the region", Treasury Secretary Steven Mnuchin said, as quoted by the department.

© CC0
US Issues Iran-Linked Sanctions, Citing Alleged Iran's Proliferation of WMD
The Treasury Department explained that the IRGC-controlled Ansar Bank and the bank's currency exchange arm served as the hub for a regional network with layers of intermediary entities allowing devalued Iranian rials to be exchanged for dollars and euros.

During the past 18 months, four front companies that were sanctioned on Tuesday — the UAE-based Sakan General Trading, Lebra Moon General Trading, and Naria General Trading, as well as Iran-based Hital Exchange — provided the equivalent of approximately $800 million in funds to Ansar Exchange, according to the release.

The sanctions block access to assets in the United States of targeted individuals and entities and prohibit transactions with US citizens and residents.