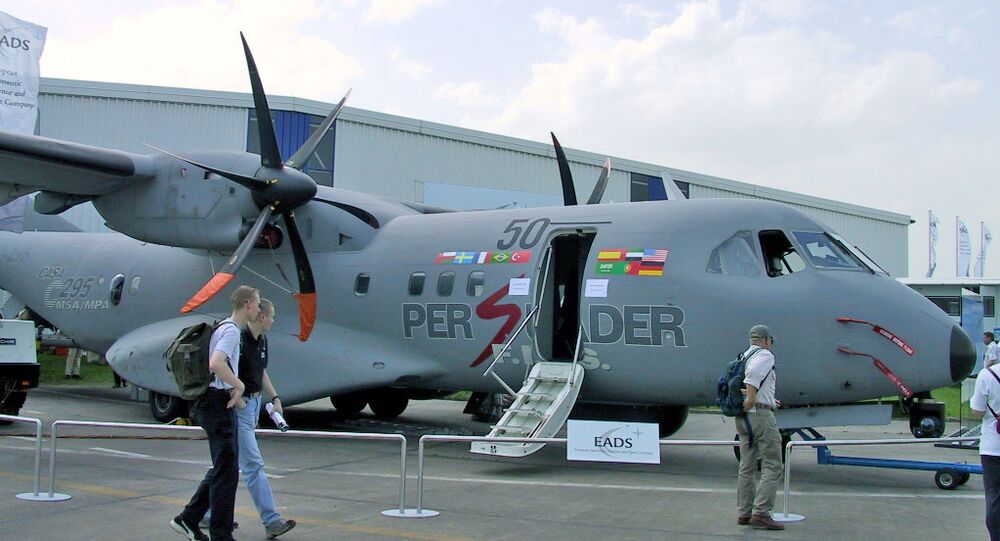 The developments come after the Social Democratic Party of Germany (SPD) proposed on Tuesday to extend the embargo on arms supplies to Saudi Arabia, which was announced by Berlin in October 2018 amid controversy surrounding the death of Saudi journalist Jamal Khashoggi.

European aerospace firm Airbus has announced that it is removing German components from its C-295 military transport aircraft, which it builds in Spain, due to Berlin’s ban on arms exports to Saudi Arabia, several company sources were cited by Reuters as saying on Thursday.

“We are now designing [the German content] out of the plane. Navigational lamps used for landing the planes are built in Germany, with the total German content standing at about four per cent”, one of the sources noted.

Another source said that the company is looking into whether German parts could be replaced on other Airbus aircraft that have smaller amounts of German content.

The remarks came after Airbus CEO Tom Enders said earlier in February that the company could mull making planes free of German parts due to Berlin’s “moral superelevation” on arms exports, something that angered France, Spain and the UK.

In a separate development, Rolf Muetzenich, deputy chairman of the Social Democratic Party of Germany (SPD) faction in the Bundestag, pledged that they will “work to extend the arms export ban to Saudi Arabia beyond 9 March, since the reasons for imposing the moratorium have not changed”.

© AP Photo / Markus Schreiber
Germany Plans to Buy New Airbus for Merkel After G20 Plane Made Emergency Landing
Berlin announced the ban in October 2018 following the death of journalist Jamal Khashoggi in the Saudi consulate in Istanbul earlier that month.

Saudi authorities charged 11 people with Khashoggi’s murder but have denied any involvement of the royal family in the killing of the Washington Post columnist who went missing after entering the consulate on 2 October.

After first denying knowledge of his disappearance, Riyadh admitted that Khashoggi was killed by drug injection, with his body later dismembered. Istanbul Prosecutor’s Office described Khashoggi’s assassination as pre-planned, with a UN probe concluding that Saudi government officials sanctioned the murder.