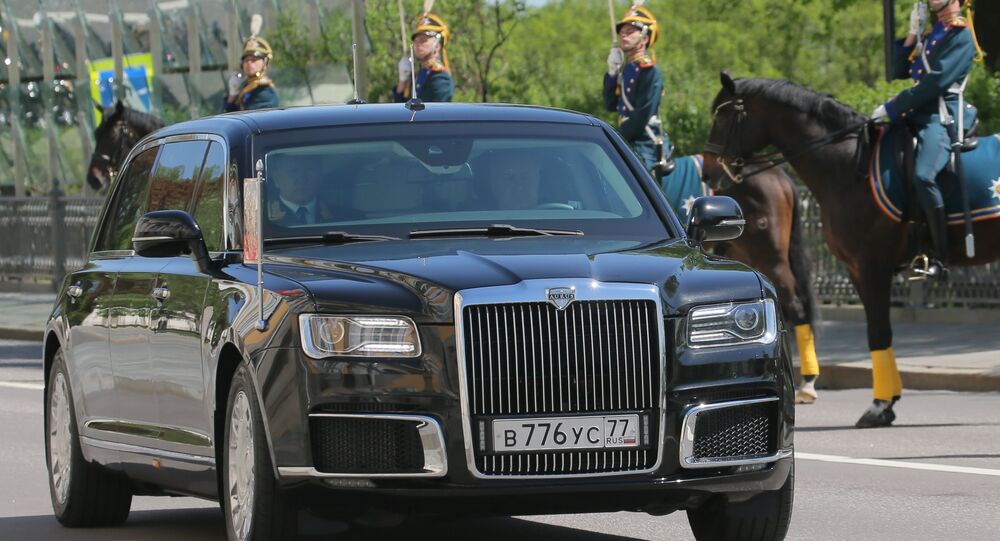 "After that, we have started receiving signals from various countries about their desire to buy the [Aurus] limousine. Bahrain is among such countries. But while mass production has not been set up yet, there are only a few cars available. In the future, it will be possible," the source said.

© Sputnik / Abdulkader Hajj
Anti-Qatar Measures Benefited Situation in Arab States – Bahrain Diplomat
An Aurus Senat limousine first made its public appearance during Russian leader Vladimir Putin's inauguration ceremony in May, as the current official state car of the president. Putin has also showcased the car to his foreign counterparts. In particular, he showed it to UAE Crown Prince Sheikh Mohammed bin Zayed Al Nahyan in June, and also took his Egyptian counterpart Abdel Fattah Sisi for a ride in October.

The Kortezh project envisages the creation of luxury cars for top state officials. The Aurus cars are due to become available for sales to the general public in the beginning of 2019. Retail prices are expected to start at 10 million rubles ($147,000).

According to Russian Minister for Industry and Trade Denis Manturov, export of the Kortezh project cars may begin in 2020-2021.