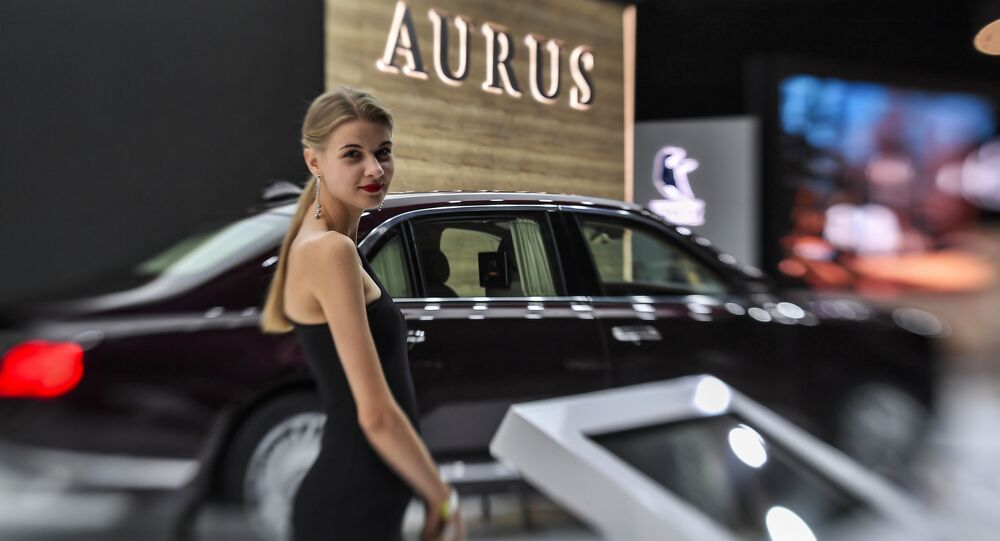 Earlier, Sollers automotive group reported that its planned production of Aurus-brand luxury automobiles has been sold out into 2021.

"When these cars begin mass production, we will buy them to transport civil servants. We will definitely support domestic producers," Kolpakov said.

© Sputnik / Mikhael Klimentyev
WATCH Putin Take Egyptian President for Ride in Kortezh Sedan on Sochi Track
The Road Transport department of the Russian Presidential Administration provides transport services for the Russian government, parliament, and presidential civil servants. At the moment, its fleet of over 700 vehicles is stocked mostly with foreign brand luxury vehicles which are assembled in Russia.

Presently only the Kremlin Garage maintains Aurus-brand vehicles, including the presidential 'Senat' limousine, 'Senat' sedans, and 'Arsenal' minivans which have made up the presidential motorcade after making their debut in May. Work on the Aurus-brand 'Kommendant' SUV, as well as a motorcade motorcycle under the Izh brand, is continuing.

Aurus-brand vehicles will be made available for sale to the public in 2019, with the estimated order of 120 vehicles expected to be produced in 2019 and 2020 sold out. The civilian variant of the Aurus Senat has a reported price tag of 10 million rubles (about $151,000 US).