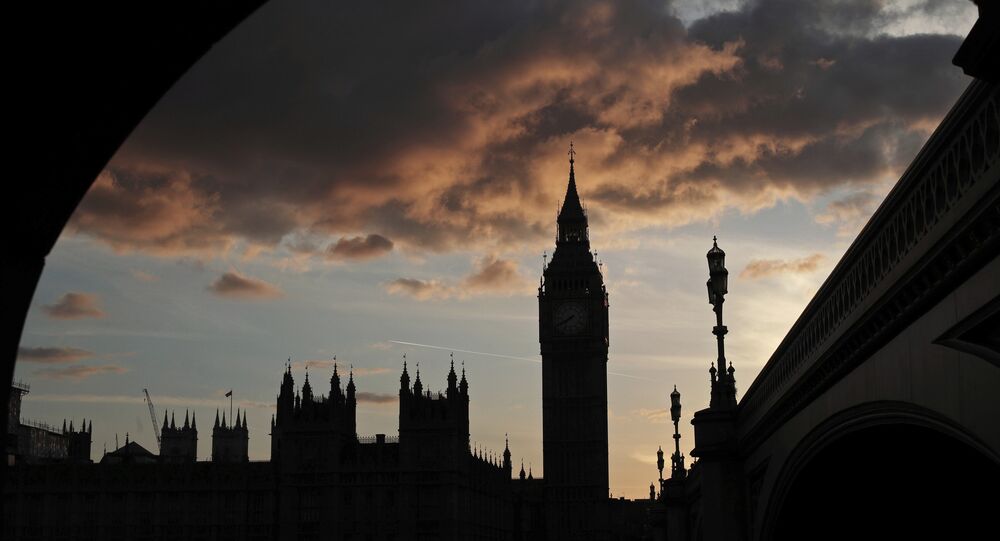 After a no-good, very-bad week facing down the intractable realities of Brexit, UK Prime Minister Theresa May is facing the fiercest challenge of her career, one she may not weather, according to reports.

© REUTERS / Simon Dawson
Hard Brexit: UK Prepares to Deploy Troops on Streets Amid 'No-Deal' Chaos Fears
As Conservative lawmakers in the UK become increasingly unvarnished in their schemes to topple the nation's highest elected official, a vote of no confidence is now said to be on the table and could come as soon as Tuesday, according to the South China Morning Post (SCMP).

Although the opposition in parliament does not yet have the 48 votes required to automatically trigger a no-confidence vote, observers and pundits are readying their pens, and the UK PM office is said to be on ‘standby' for the likely event, according to the BBC.

After the British leader last week declared that there was "no alternative" to her vision for Brexit, leading UK conservatives, including Dominic Raab and David Davis, eagerly readied campaigns in the event that May becomes cast aside.

Struggling to keep her Brexit agreement afloat, May has seen four senior ministers resign, a multitude of members of parliament (MPs) attempt to shout down her proposals and even party insiders begin to turn their backs.

It's been a tough week for the embattled May, the daughter of an Anglican priest and an inveterate hiker known in part for backcountry walks in the Swiss Alps with her investment banker husband.

In a Sun op-ed, May declared that there was "no alternative [Brexit] plan on the table" and warned that if it is rejected by parliament, Britain would be "back to square one with all the division and uncertainty that comes with it," cited by Reuters.

A minimum of 48 Conservative MPs must submit official letters of no confidence in party leader May to trigger a vote. Currently just 23 have publicly announced that they have done so, according to SCMP.

Leading cabinet eurosceptics are actively seeking to force May to change her Brexit proposal, according to The Daily Telegraph.

Scottish Secretary David Mundell, however, offered support for the PM in what he termed an "unprecedented onslaught," cited by SCMP.

© REUTERS / Neil Hall
UK PM Theresa May on Brexit: This is Right Deal in National Interest, Next 7 Days Will be Critical

Although he expressed some reservation for May's Brexit proposal, Mundell noted that the alternatives were "even more unpalatable," cited by the BBC.

"She is tackling an issue of epic proportions, on which she can never please everyone, and she is doing her very best to find a way through," the Secretary of State for Scotland said, adding,
"If it comes to a confidence vote, she will have mine."

The nation's army has reportedly been placed on alert as a means to keep order in the event of medicine- or food-shortage riots, according to the Sunday Times, which cited an anonymous "well-placed army source."