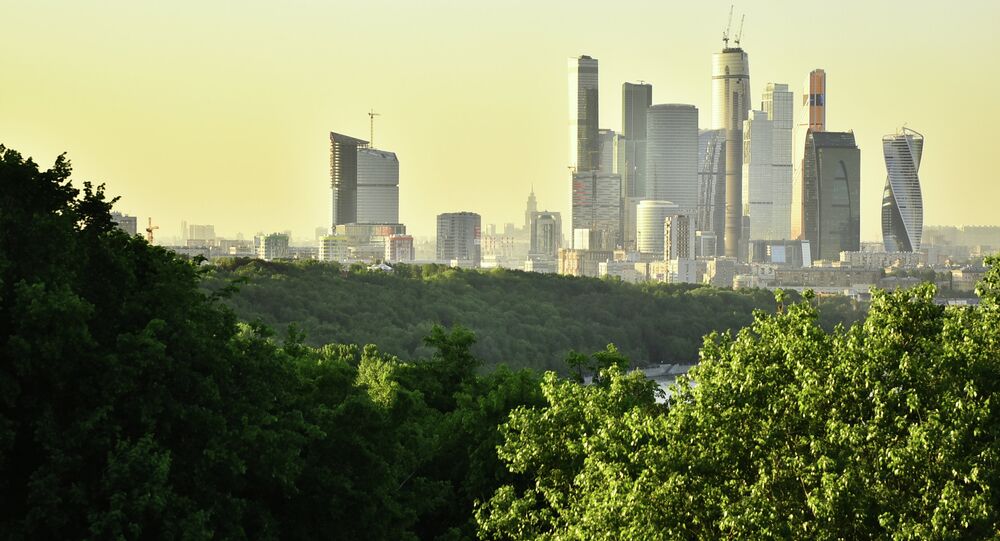 "For example, recent strong corporate profits quite naturally can result in repatriation of profits by foreign investors. Also, the cleanup that the CBR has done in the banking system has reduced significantly capital flight," Lindow, who is the leading Russia's sovereign rating analyst at Moody's, said.

Lindow stressed that there are many factors contributing to capital inflow and outflow, and not all of the factors leading to capital outflow are negative.

© Sputnik / Vladimir Astapkovich
Fitch: Russia 'Copes Well' With New US Sanctions, Economy Resilient to Shocks
"Now what we see is normal market forces less than capital flight. On the other hand, I do think that the uncertainty created by the threat of additional US sanctions could continue to deter capital inflows," she added.

According to the Russian Central Bank, in the third quarter of 2018, net capital outflow from Russia increased by 48 times year-on-year, making $19.2 billion, compared to $0.4 billion.

Moreover, Moody's senior vice president also said that the new set of US sanctions is unlikely to lead to the country's sovereign rating decline.

READ MORE: New US Sanctions to Have No Immediate Impact on Russia’s Sovereign Rating – S&P

"Should more severe sanctions be imposed, we would probably want to wait to see the actual impact on the government’s actual credit profile before upgrading the rating to investment grade. Still, such developments are not expected to lead us to downgrade the rating, although we could decide to move the outlook to stable from positive," Lindow, who is the leading Russia's sovereign rating analyst at Moody's, said.

In January, Moody's changed its outlook on Russia's sovereign rating from "stable" to "positive," while affirming the rating at "Ba1," which the agency regards as non-investment.

© CC0
'Right Time to De-Dollarize Russia's Economy' - Professor
"The positive outlook implies around a 30% likelihood that we will move the rating in that direction [increase it]," Lindow stressed.

Russian Finance Minister Anton Siluanov said last week that the National Wealth Fund will total 3.8 trillion rubles ($58 billion) by the end of 2018 and increase to almost 8 trillion rubles in late 2019. The fund is approaching the set target of 7 percent of GDP, in excess of which the accumulated funds could be invested in various assets, the minister stressed.

Moreover, Russia's Finance Ministry, in draft amendments to the Russian budget for 2018, has increased the surplus to 2 percent of GDP from 0.5 percent.