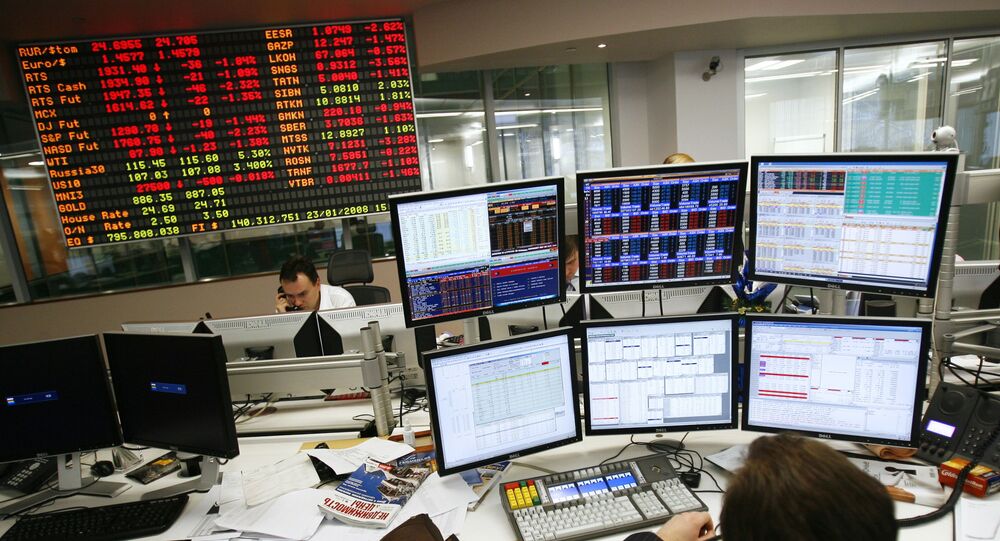 VLADIVOSTOK (Sputnik) - Russian Economic Development Minister Maxim Oreshkin said Wednesday that increased volatility on the Russian market would extend to another 6-12 months due to external factors.

"What we see today, local negative effects, is the volatility coming from the outside, from the developing markets. It is connected partly with the sanctions. It all adds volatility to our economy and the growth in the nearest 6-12 months may be not as high as we would like it to be. We also expect increased volatility on the currency market," the minister said at the Eastern Economic Forum.

© AFP 2020 / MLADEN ANTONOV
'US Sanctions on Russia May Backfire and Hurt Global Economy' - Market Analyst
In August, Fitch has maintained Russia's issuer default credit rating at BBB- with a positive outlook, citing ongoing progress in strengthening the country's economic policy framework. The ratings agency cited Russia's progress in strengthening its economic policy framework and its fiscal prudence as key to helping to improve macroeconomic stability and increase the country's resilience to shocks.

In turn, another renowned rating agency Moody's has said in a statement that the latest US sanctions "are unlikely to have material credit implications given their limited scope and overlap with previous US government measures." Moreover, the Moody's Investors Service has said an issuer comment that  the US restriction policy against Russian state-owned banks was unlikely to cause a system-wide banking crisis in the country.

Global trade has been in turmoil with a rise of protectionism, currency instability in a number of countries, wild commodity price fluctuations as well as so-called trade wars involving mainly the United States and sanctions used as a geopolitical tool, with the latter hitting the Russian economy repeatedly. Sanctions have been rolled out against Russia in rounds since 2014 mainly over the Ukrainian crisis, while the United States began introducing higher import tariffs since Donald Trump became president last year.