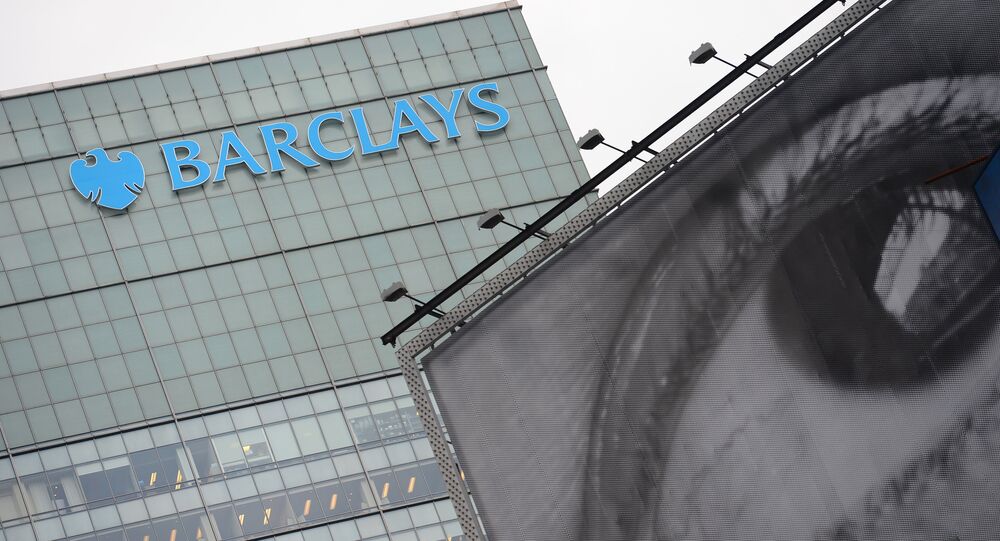 The Holdup: Barclays Loses £2bn in Fines, Slow US DoJ Investigation to Blame

One of the UK's largest banks saw plummeting profits in 2018 after paying out hefty fines after it was charged with criminal malpractices following the 2008 financial crisis.

UK banking giant Barclays lost 10 percent of its revenues during the first nine months of 2018, with an additional pre-tax profit drop to £3.1 billion ($4bn) from £3.5bn ($4.5bn) the same period, after the US Department of Justice forced it to pay £2 billion ($2.58bn) in penalties.

The US-DoJ slapped Barclays with a £1.4 billion ($1.81bn) fine after charging the bank with mis-selling residential mortgage-backed securities just before the financial crisis began. The bank paid an additional £400 million ($515.9m) in PPI charges, totalling profit losses of 23 percent, down from £5.3 billion ($6.87bn) in potential earnings.

"This settlement reflects the ongoing commitment of the Department of Justice, and this Office, to hold banks and other entities and individuals accountable for their fraudulent conduct," United States Attorney Donoghue said in a press statement in March this year.

© Sputnik / Mihail Kutusov
Draft US Law Would Force Breakup of Six Largest US Banks - Senator
"The substantial penalty Barclays and its executives have agreed to pay is an important step in recognizing the harm that was caused to the national economy and to investors in RMBS."

Barclays was "firmly on track to produce improved returns for shareholders," CEO Jes Staley said, adding that despite "macro-economic uncertainty" and Brexit concerns affecting market sentiments "2018 is proving to be a year of delivery on our strategy at Barclays."

"We remain focused on generating improved returns, and on distributing a greater proportion of excess capital to shareholders over time," he continued.

Notwithstanding profit losses, income from the bank's corporate and investment wing revealed Wednesday a 19 percent rise in profits in 3Q18.

Efforts to overhaul Britain's banking system have led to reforms, but some have questioned the DoJ's speed and efficiency of carrying out investigations.

What's the Holdup at the DoJ?

Despite the DoJ's 'good intentions' to reform British banks, a 2017 Reuters report highlighted that the US institution may have unintentionally obstructed British banks from rehabilitating themselves.

Chief executives from three banks-Barclays, Royal Bank of Scotland (RBS) and Standard Chartered-spent billions on penalties levied by the DoJ, but later aired complaints that US investigators were dragging out court cases unnecessarily, which resulted in falling share prices and forcing banks to provision revenues for upcoming fines, among others.

Standard Chartered's (StanChart) restructuring cost the company 15,000 jobs and a $5.1 billion ($6.58bn) capital rise, with DoJ investigations causing uncertainty for the bank's future. The bank was hit with a probe in 2012 for allegedly violating Iran-related sanctions from 2000 to 2007.

Allegations pointed to US president Donald Trump, who failed to appoint Justice Department roles in a timely manner to resolve cases, in addition to his row with US attorney general Jeff Sessions, whom the president accused of having a "very weak" position on Hillary Clinton.

StanChart CEO Bill Winters told Reuters in 2017 that there was no certainty "as to when this gets resolved," with Barclays' Jes Staley also telling reporters in July 2017 that he was unsure when his bank would close his company's lawsuit.