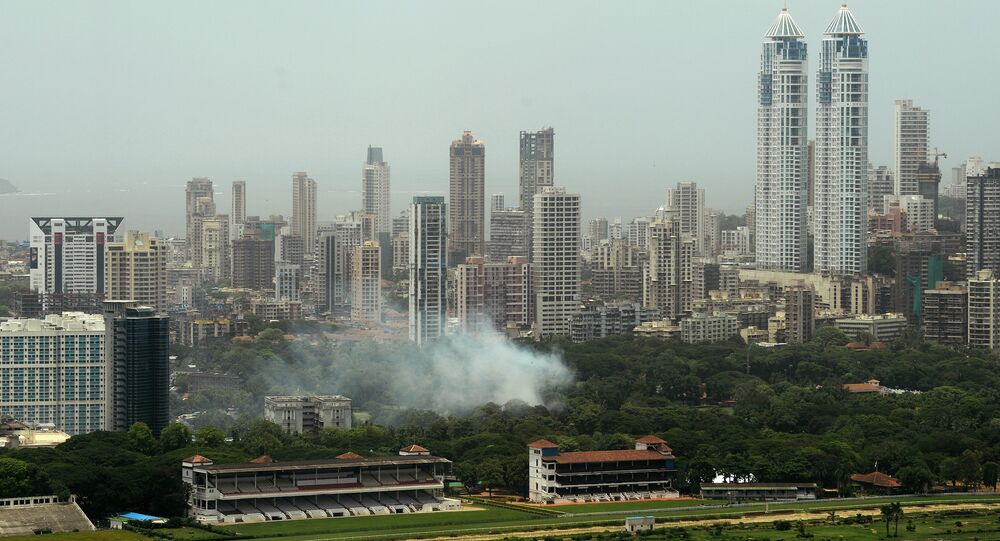 India Can Be 'the Next China' in Economic Growth, But Only With Beijing's Help

Freshly-released figures on foreign investment in India reveal the country is catching up to China fast, raking in some $40.6 billion in the first three quarters of 2018, compared with $41.6 billion for China. What can account for this trend, and is it sustainable? Sputnik spoke to two India specialists to find out.

For over a decade, China has been seen by many investors to be a safer and more promising market than India, as the global economic downturn of 2007-2008 affected the south Asian nation much more severely than its eastern neighbor. By 2014, total foreign investment in India dropped to $8 billion, a mere third of the volume invested in China.

Economists said the trend was logical: China's economy is five times larger than India's and features a burgeoning middle class, which drives growing consumption, a key indicator for investors assessing market prospects. India, meanwhile, has a GDP that's only 23 percent of that of China's ($2.8 trillion compared with $12.2 trillion, respectively), with five percent of Indians living in absolute poverty, compared to less than one percent in China, according to World Bank figures.

© Sputnik / Mihail Kutusov
Russian Banks Open to Trading in National Currencies With India, VTB Chair Says
In 2018, a new trend seems to have emerged. In the first quarter, India's GDP grew by 7.4 percent (annualized), compared with 6.5 percent for China. However, according to Dr. Ravni Thakur, Department of East Asian Studies professor at the University of Delhi, this was all due to the low base effect. China, the professor noted, is still at a different stage of development.

"I think that the Indian and Chinese economies are at different stages of development and growth and do not compete at the same level," Dr. Thakur said, speaking to Sputnik. "China is already moving into a smart growth strategy with an emphasis on IT and other technologies. India is still struggling with increasing it simple manufacturing and employment-generating growth sectors."

That said, 2018 is believed by some to be India's breakthrough year. Foreign investment has jumped by 64 percent, with Walmart alone investing $16 billion into Indian ecommerce company Flipkart, and with US-based multinational conglomerate Berkshire Hathaway investing some $300 million more into Paytm, an Indian ecommerce payment system.

Dr. Aleksei Kupriyanov, a researcher at the Moscow-based Institute of World Economy and International Relations, says India's growing attractiveness in the eyes of investors has to do with the success of its economic policy.

"The rapid growth of investment in India is the result of the policy of Prime Minister Narendra Modi, aimed attracting investment from abroad to fund an economic breakthrough in the framework of the New India 2022 strategy. This is a trend which will continue to persist for at least the next several years," the academic explained.

Modi's reforms have been aimed first and foremost at improving the effectiveness of governance. Before 2009, about half of Indians did not have identity documents, with one of the results being a tremendous amount of undocumented cash in the shadow economy. The 12-digit 'Aadhaar' identification system was introduced in 2009 to address this problem, with Modi pushing it strongly after entering office in 2014. By early 2016, 95 percent of the population had received the id. Also in 2016, New Delhi carried out a program of forced demonetization, withdrawing 500 and 1000 rupee notes from circulation, and thereby undercutting the massive shadow economy and organized crime and improving transactional transparency.

The slowing of the Chinese economic powerhouse, connected to market saturation, as well as Beijing's growing trade dispute with the US, may be an opportunity. However, according to Dr. Thakur, over the long term, India should not see these factors as any sort of automatic long-term advantage.

"India does have great potential and a more organic growth structure and economic fundamentals than China and can prove an attractive long-term destination for FDI, provided it emphasizes its infrastructural investment. Thus, FDI alone cannot be a determinant of their economic ecosystem. Certainly, US sanctions and a trade war will not help China in the short term, but it may force China into a greater competitive restructuring that would benefit its economy in the long run," the professor said.

Furthermore, according to Dr. Kupriyanov, India's growth will depend on cooperation with China, not rivalry.

"We can only talk about India's prospects as one of the drivers of global economic growth…after it becomes clear whether Narendra Modi's economic strategy has worked, whether his ambitious plan to reform the Indian economy has succeeded. This, in turn, depends on a host of factors, including China's willingness to invest in India," the academic stressed.

China is already a major investor in India, especially after the country carried out demonetization and began to switch to non-cash payments, investing some $2 billion in 2017. Chinese online retail giant Alibaba has become one of Paytm's largest investors, with IT investment holding Tencent China investing in Indian social and technology company Hike, and Chinese travel services firm Ctrip investing in India's MakeMyTrip. A decade ago, Chinese tech-based startups began to make up a significant portion of China's economic growth. Now, a similar situation is developing in India, with Chinese cash and experience playing a major role.