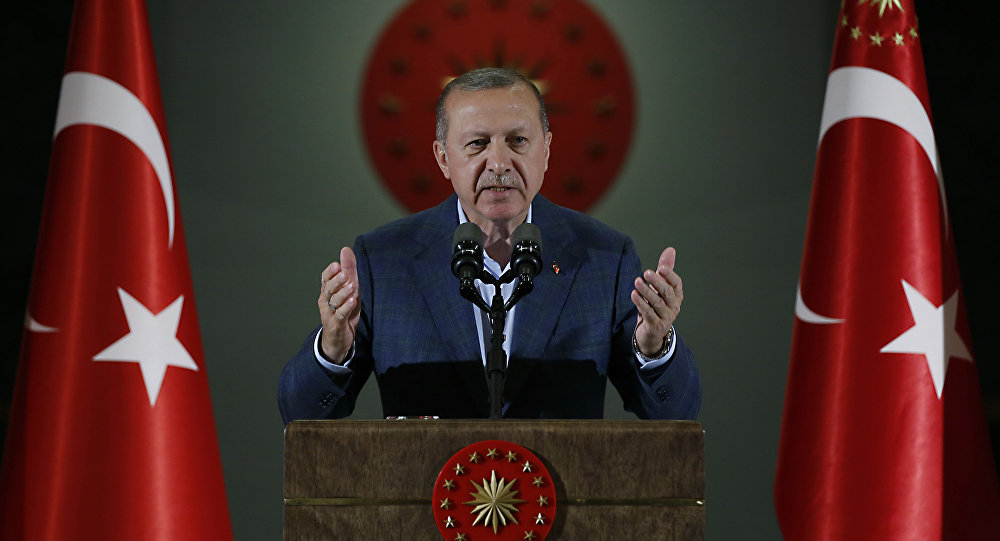 "The current unilateral and reckless approach of the US government is dragging our world more and more into the merciless economic war which harms every player [at the global market]," Erdogan said in his article for the German Frankfurter Allgemeine Zeitung newspaper.

The Turkish president called on Ankara and Berlin to counter destructive trade conflicts together with other countries.

© CC0
Analysts: EU Vehicle for Dollar-Free Trade With Iran Viable Only for Smaller Firms Unrelated to US
Erdogan's article was published ahead of his state visit to Germany at the invitation of German President Frank-Walter Steinmeier. During his trip, the Turkish president is expected to hold a meeting with his German counterpart and Chancellor Angela Merkel.

Turkey’s economy has recently been affected by a trade spat with the United States. In August, Washington decided to double tariffs on steel and aluminum imports from Turkey up to 50 and 20 percent, respectively.

The measure has resulted in a sharp drop in the rate of the Turkish lira which has seen a decrease amid tensions with the United States over the recent months.

Reacting to the lira crisis, Erdogan called for abandoning the use of the US dollar in international transactions.

Turkey to Cooperate With Russia on Eliminating Terrorists in Idlib - Erdogan