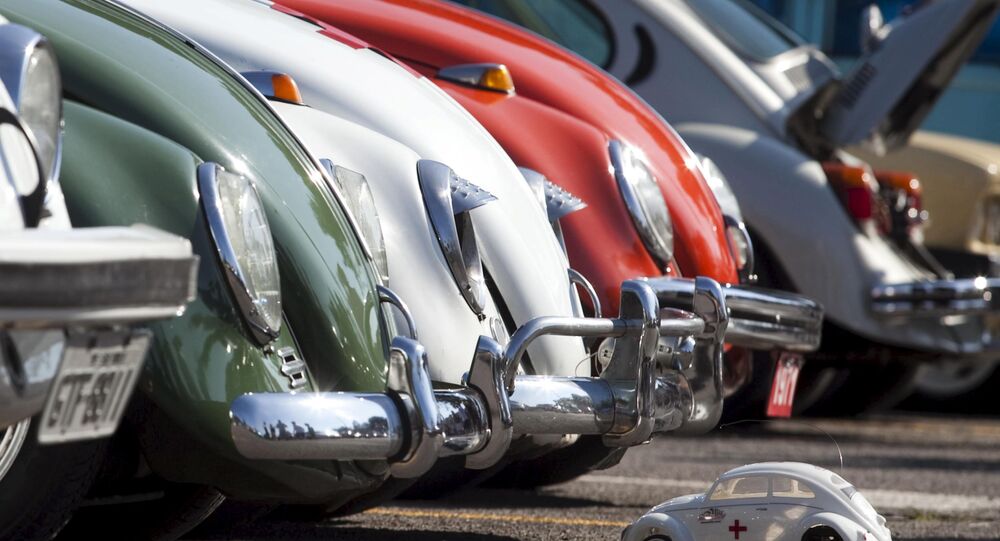 One of the world's most symbolic cars will cease production in 2019, ending the legacy of Germany's first mass-produced vehicle. The German automaker will commemorate the vehicle with a final edition model set for stores next year.

German automaker Volkswagen announced Thursday that it will no longer produce its iconic VW Beetle model. Production will end precisely seventy years after the legendary vehicle arrived on American shores in 1949, a company press statement said.

The company will produce commemorative Final Edition models throughout 2019 before ending production at its North American plant based in Puebla, Mexico.

"The loss of the Beetle after three generations, over nearly seven decades, will evoke a host of emotions from the Beetle's many devoted fans," stated Hinrich J. Woebcken, CEO and president of Volkswagen Group of America.

"As we move to being a full-line, family-focused automaker in the U.S. and ramp up our electrification strategy with the MEB platform, there are no immediate plans to replace it."

Volkswagen will host several events to commemorate the Beetle's heritage and history, using the hashtag #byebyeBeetle.

Following Nazi Germany's defeat in WWII, allied forces recommissioned the company into the brand it is today, with the first vehicle reaching the US in 1949. However, Americans caught the 'love bug' for the VW Beetle after the movie Herbie The Love Bug was released in 1968.

Declining sales in the 1980s and competition from its Jetta and Tiguan models forced Volkswagen to redesign the Beetle in the late 90s, surging the car's popularity in auto markets.

Woebcken said that he would never rule out the possibility of resurrecting the Beetle. "As we have seen with the I.D. BUZZ […] I would also say, 'Never say never'," he stated.

"The Beetle is more than a car," Woebcken said. "it's what made Volkswagen an integral part of American culture."