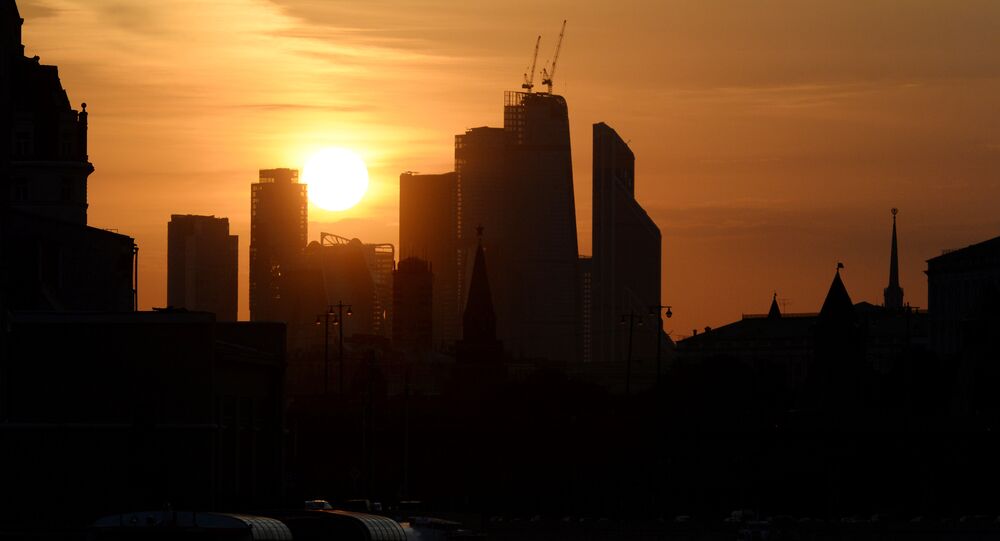 MOSCOW (Sputnik) - The board of directors at Russia’s aluminum producer Rusal met this week to discuss moving the firm’s legal residence to Russia from the UK-dependent island of Jersey, the firm said Friday.

"The Board carefully considered an opportunity for the Company to effect a potential change of domicile of the Company from Jersey to the Russian Federation," the press release read. Rusal said so-called redomiciliation was proposed in the wake of new Russian laws on international companies and special administrative regions, effective August 3.

© Sputnik / Alexander Kryazhev
Russia's Rusal Reports Double Increase in IFRS Net Profit Amid US Sanctions
The board said that registration in Russia appeared to be in the best interests of the company and its shareholders, who will be consulted on the move alongside relevant authorities and creditors.

In early April, the United States imposed new sanctions against Russia, affecting a number of key businessmen and companies controlled by them. Deripaska's En+ Group and aluminum giant Rusal were among the companies and individuals put on the list. After the billionaire's companies saw their share prices tumbling, the businessman stepped down as director of Rusal, and left En+ Group's Board of Directors.

On Monday, The Financial Times reported, citing sources, that En+ had submitted to the US Treasury the final version of a plan designed to lift the US sanctions against the group. The plan envisages to reduce Oleg Deripaska's share in the company below 45 percent from around 70 percent currently mainly via the transfer of shares to one of Russia's largest state-owned banks VTB. VTB currenltly has a 9.6-percent stake in En+.

© AP Photo / Youssouf Bah
Russian Aluminum Giant RUSAL Opens Hospital for Ebola Patients in Guinea
However, sources close to the Rusal told Sputnik earlier that the Russian aluminum giant may start shutting down key plants catering to foreign customers as early as in September if the US maintains sanctions against the company.

The source also warned that since Rusal exported about 80 percent of its products before the sanctions, the situation "may be catastrophic not only for the company's enterprises around the world, but for the entire global aluminum market."